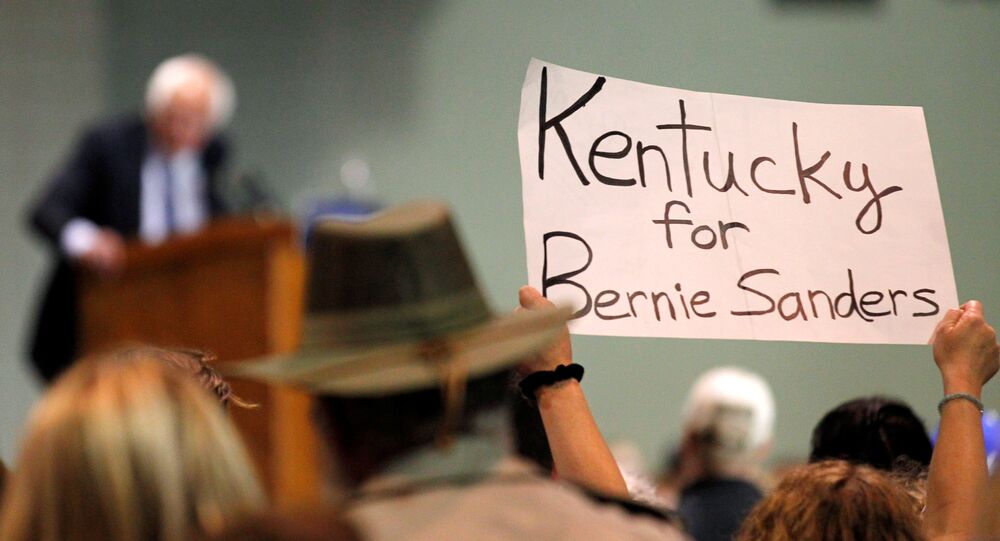 Former front-running 2016 Democratic presidential hopeful and Vermont Senator Bernie Sanders is the most popular US senator by state, according to a new poll.

According to the results of a new Morning Consult poll released on Tuesday, Sanders has the highest approval rating in his home state of any US senator.

The poll showed that a whopping 75 percent of voters in his home state of Vermont approved of Sanders and his policies.

Sanders was closely followed by Senator Brian Schatz (D-HI) with a 69-percent approval rating in his home state.

Senator Mazie Hirono (D-HI) came in with a 67-percent approval rating, and Senator John Hoeven (R-ND), was in fourth place with 66 percent, according to a report on the survey by the Washington Examiner.

Mitch McConnell (R-KY), the current senate majority leader, comes in last according to the poll, with a 41-percent approval rating from his fellow Kentuckians, alongside a 48-percent disapproval figure — the lowest of any senator. The unpopular Republican is one of only three senators who can boast of a higher disapproval rating than approval rating.

According to the Washington Examiner, the two Arizona senators are consistently critical of the policies, behaviors and actions of US President Donald Trump.

The survey polled some 141,000 registered US voters around the country between April 1 and June 18, with fluctuating margins of error.