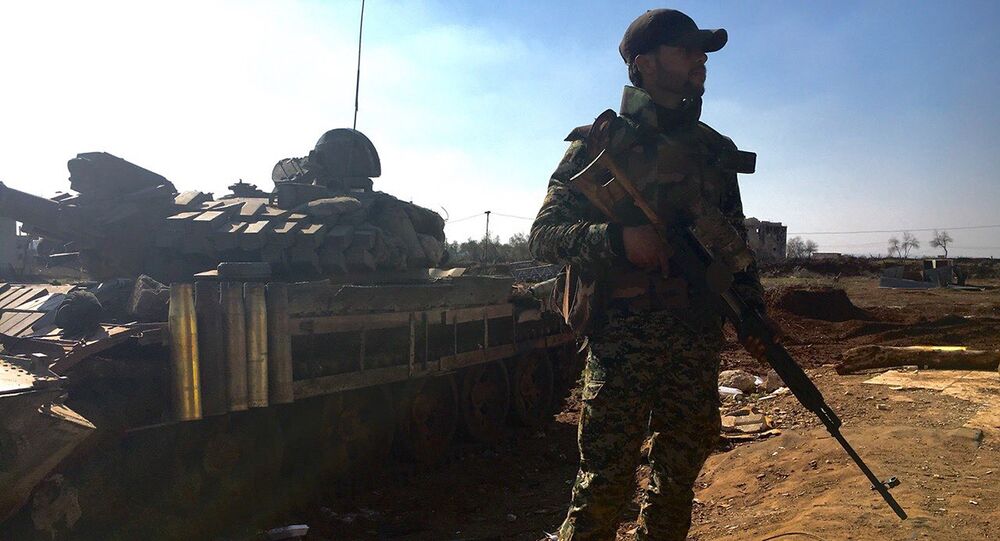 © AFP 2021 / STR
De-Escalation Zones in Syria Not Aimed Against Territorial Integrity - UN Envoy
ALMATY (Sputnik) — Following the Friday meeting between Russian President Vladimir Putin and US President Donald Trump, both countries, along with Jordan, announced an agreement on a ceasefire within the de-escalation zone at Syria’s southwest, which began on Sunday at noon Damascus time (09:00 GMT).

"Ceasefire coming into effect since July 9, 2017, in provinces of Quneitra, Daraa and As-Suwayda is yet another practical step on the path to comprehensive cessation of fighting across all of Syria’s territory," the ministry said in a statement.

The Kazakh Foreign Ministry also called on all parties interested in Syria peace settlement, including the government in Damascus and the armed opposition, to comply meticulously with the ceasefire regime.

"We expect further development of constructive cooperation between Russia, the United States and all the other interested parties in the name of restoring peace and stability in Syria," the ministry noted.

The Kazakh ministry also expressed support for the UN-brokered Geneva peace talks, as well as hope that the political process would lead to definite measures.

"The Republic of Kazakhstan is ready to further ensure conditions for continuing peace talks within the Astana process on strengthening the ceasefire regime in Syria," the statement continued.

Geneva peace talks on Syria are held in parallel with Astana process on Syrian conflict. The seventh round of intra-Syrian negotiations in the Swiss city kicked off on Monday.