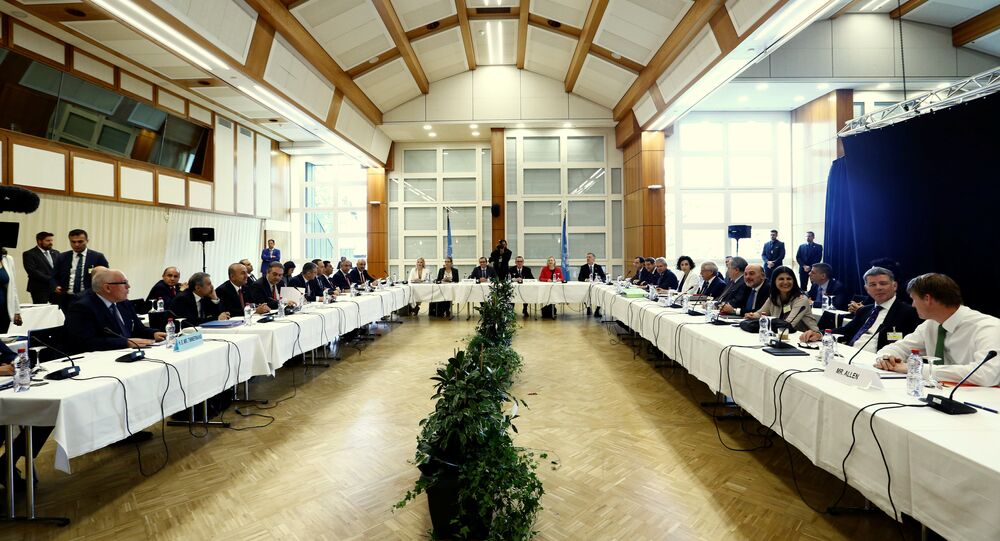 Turkey Doesn't Want to Give Up Strategic Control Over This Island, Here's Why

The Greek Foreign Ministry has blamed Turkey for the failure of the UN-brokered talks on Cyprus reunification. Radio Sputnik discussed the failed negotiation on Cyprus reunification with Professor of Political Economy and Head of the Department of European Studies and International Relations at the University of Nicosia, Dr. Andreas Theophanous.

© REUTERS / Denis Balibouse
Greece Blames Turkey for Failure of Cyprus Reunification Talks
"The negotiations collapsed because obviously the Greek Cyprus side as well as Athens wanted Ankara to accept the removal of the Turkish troops from the island and [resolve the issue of] determination of the foreign guarantees which Turkey used in 1974 to invade the island," the expert told Radio Sputnik.

According to Theophanous, "the Greek side wanted to discuss other forms of security arrangements," including topics like political equality and rotating presidency, but "Turkey didn't follow up as expected."

The failed talks showed that Turkey was reluctant to make concessions to Greece, while the Greeks, on the contrary, were more eager to meet Turkish requirements. Answering the question about possible explanations of Turkish unwillingness to compromise, Theophanous said:

"[Several] months ago, when expectations were even higher, we analyzed Turkish policy on Cyprus and we did not see anything that would suggest that Turkey would give up its objective to maintain strategic control on the island. So, that is the major reason why the negotiations failed," the expert said.

"Perhaps, there is also an issue with President Erdogan facing presidential election in less than two years. Perhaps, he would not like to go on arrangement in which he thinks he is making serious concessions. That's another consideration that we can't ignore," he added.

© AFP 2020 / GEORGES GOBET
EU Ready to Support New Initiatives on Cyprus Settlement - EU Commission
Greek authorities stressed in their statement that the Turkish side refused to agree on the points that had been discussed before.

At the same time, Turkish Prime Minister Binali Yildirim on Friday put the blame for the failure of Cyprus reunification negotiations on the Greek side, accusing it of a non-constructive approach to the settlement of the crisis.