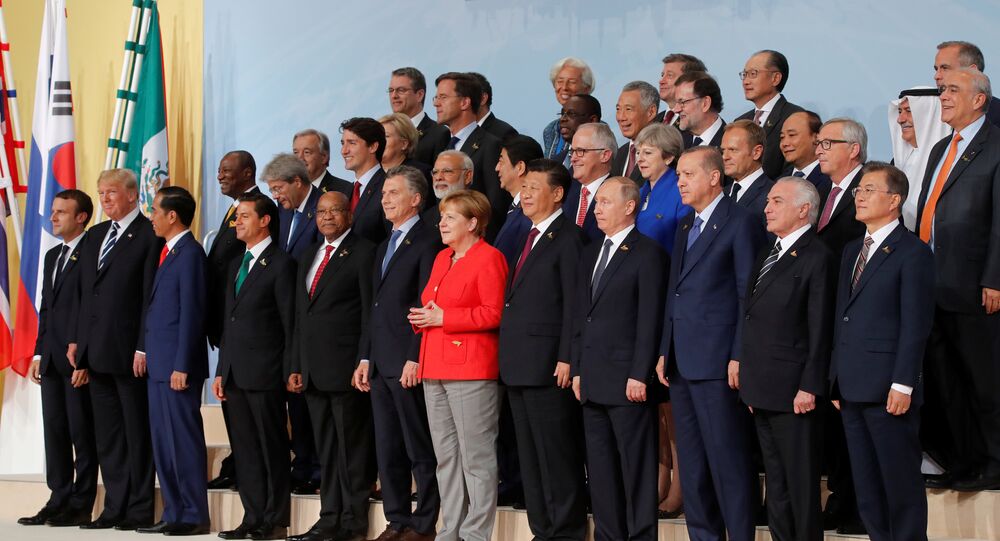 It was difficult for French President Emmanuel Macron and German Chancellor Angela Merkel not to acknowledge that the Minsk agreements are mainly unfulfilled by Kiev at the meeting with Russian President Vladimir Putin on the sidelines of G20 summit in Hamburg, Kremlin’s spokesman Dmitry Peskov said Sunday.

MOSCOW (Sputnik) — In February 2015, the warring parties to the Ukrainian conflict in Donbas signed the Minsk peace accords in order to cease fire in the crisis-torn region. Germany, France, Russia and Ukraine, as the members of the Normandy Four, helped negotiate the Donbas ceasefire. The truce, however, has been repeatedly breached, with Kiev forces and Donbas militia accusing each other of violating it.

“It is hard not to recognize it. In the Minsk agreements, there is a list of political steps, which Kiev must implement. And nobody even thinks to dispute the fact that Kiev does not fulfill it,” Peskov told the Rossiya 1 broadcaster.

About 500 Hamburg Policemen Injured in Clashes With Protesters During G20