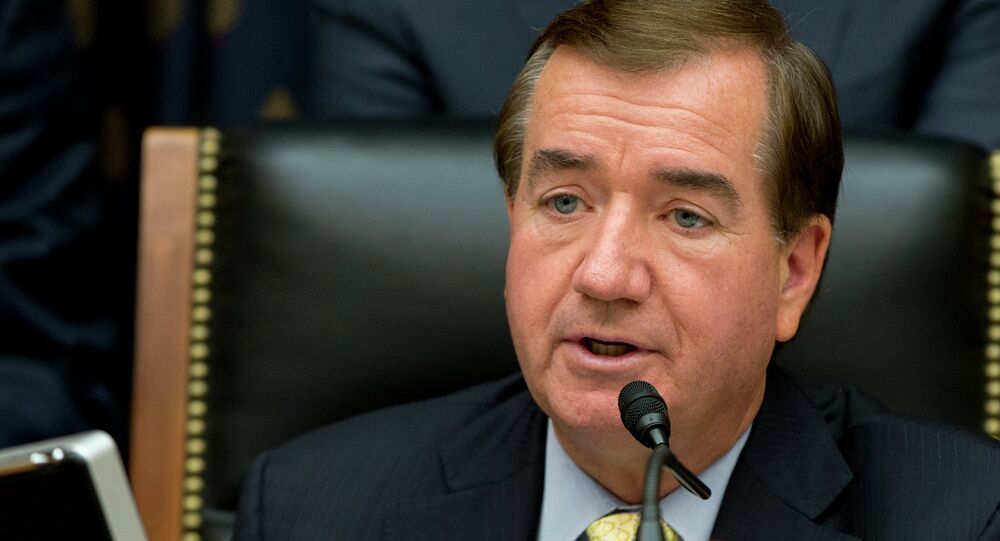 An amendment to the 2018 US defense spending bill would impose new sanctions on Russia for its alleged violations of the Intermediate-Range Nuclear Forces (INF) Treaty, according to House Foreign Affairs Committee Chairman Ed Royce.

"This amendment will impose sanctions on Russia for its violations of the INF Treaty, curb Russia’s ability to produce advanced conventional weapons, and target state sponsors of terrorism who buy them," Royce said on Friday.

The chairman introduced the "Russia Arms Trade Limitation Act" amendment to the 2018 National Defense Authorization Act (NDAA) which lays out spending for the next fiscal year.

If approved, the measure would require the US president to identify for the purposes of economic sanctions anyone who knowingly sells or otherwise provides Russia with the ability to produce or develop major defense equipment or advanced conventional weapons.

According to the amendment, the US government has determined Russia violated an INF provision against the possession, production or testing of ground-launched cruise missiles with a range capability of 500-5,500 km (310-3,420 miles) or launchers for such missiles.

The previous US administration first accused Russia of secretly testing the banned missile in 2013. In March, US Joint Chiefs of Staff vice chairman Gen. Paul Selva told a US congressional panel that officials believe Russia deployed the missile to an undisclosed base last year.

Last week, the US media outlet Politico reported that some members of the Republican Party have pressured the Trump administration to begin developing new weapons that are prohibited by the accord.

The INF Treaty, signed in 1987, significantly reduced the arsenal of non-strategic missiles available to the United States and Russia by prohibiting all nuclear and conventional missiles and their launchers with range between 310 and 3,420 miles.

US Not Willing to Withdraw From INF Treaty - Trump's Special Assistant