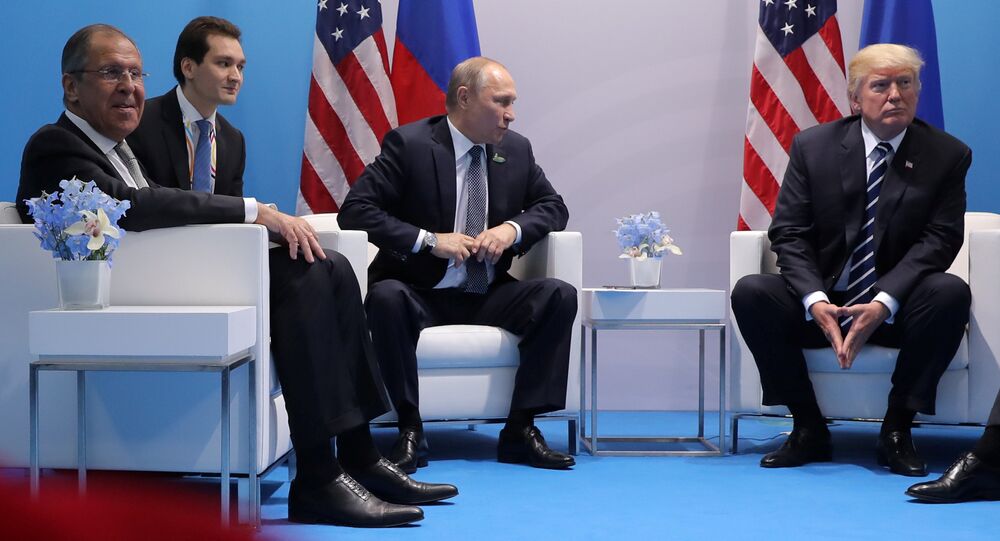 German Chancellor Angela Merkel said that she very much welcomes the fact that Presidents Trump and Putin met on the sidelines of the G20 summit.

"I very much welcome the fact that Presidents Trump and Putin met on the sidelines of the summit," Merkel said.

© Sputnik / Michael Klimentyev
'It is an Honor to Be With You' Here - Trump to Putin During Meeting on G20 Sidelines (VIDEO)
Merkel also stated that the G20 leaders reaffirmed their commitment to free and fair trade.

"At the second meeting, we discussed the classic topics for the G20 — the world economy, the regulation of financial markets and trade," Merkel said.

"As for the topic of trade, we all pointed out to a greater extent that we need free and fair trade," she said.

The G20 summit takes place in the German city of Hamburg on July 7-8.