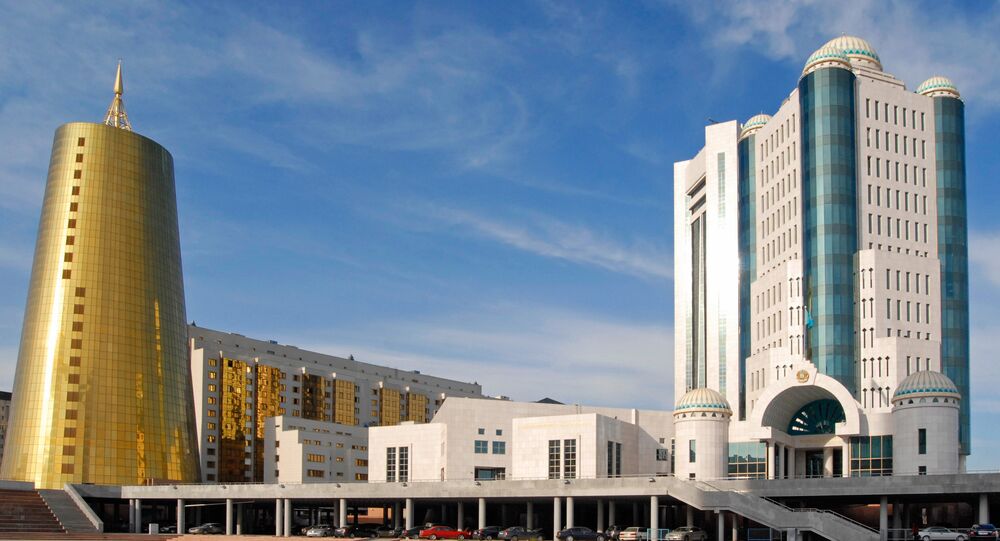 © Sputnik / Alexei Kudenko
Astana Explains Why Kazakhstan Has No Plans to Send Servicemen to Syria
ASTANA (Sputnik) — The fifth round of Astana talks failed to adopt a package of documents on de-escalation zones in the country, but saw thorough discussions at the high level on them.

"I support Astana negotiations. They create a good opportunity for a real ceasefire, and create ground for a political solution for Syria," Bashar said.

Russia is an important power that has a big influence in Syria, the vice-president of the coalition of opposition groups that was formed in November 2012 noted.

"There can be no fight against terrorism and no political solution without its contribution," he added.

Bashar also noted the role of Turkey as a regional power with a "major influence on the Syrian moderate opposition."

Turkey hosts millions of Syrian refugees and it is in Ankara's interest to stop hostilities in Syria and contribute to stability in the Arab country, he outlined.

No Documents on Syria Signed in Astana - Russian Delegation Head