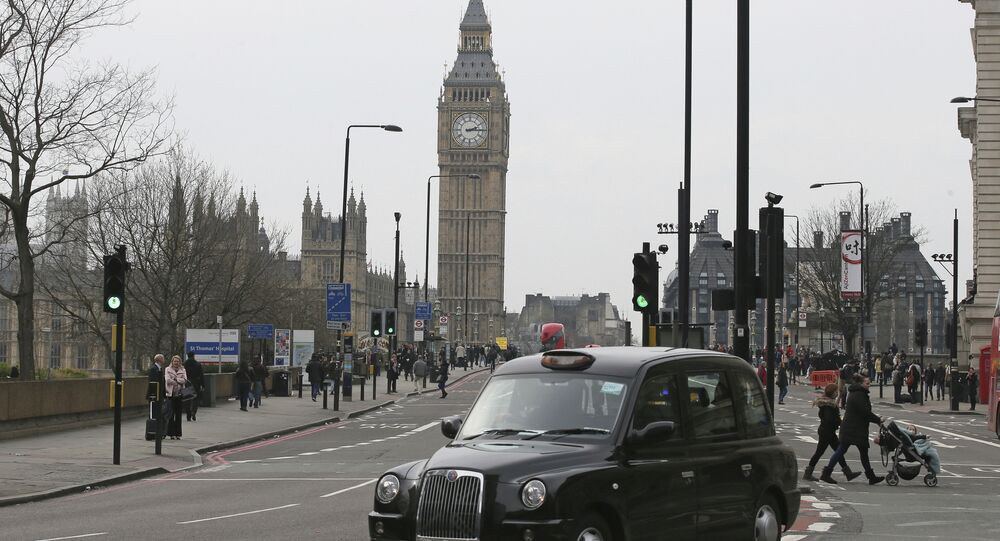 The UK government should address the spread of radicalized extremist religious teachings among the country's Islamic communities, funded by several Gulf States and Saudi Arabia in particular, by launching a public inquiry and prioritizing the new commission for countering extremism, the Henry Jackson Society think tank said Wednesday in a report.

© AP Photo / Kamran Jebreili
Western Attempts to Incite Persian Gulf States 'Could Provoke New World War'
MOSCOW (Sputnik) — The report noted that the funding allocated to advancing Wahhabi Islam and extremist teachings had increased in recent years. According to the think tank, the attempts to influence Islamic communities in Western countries are sponsored by individuals and foundations most of which have links to the Gulf States and Iran.

"The government should start to address this issue by launching an official and public inquiry into the subject. The new commission for countering extremism announced in the Queen’s Speech of June 2017 could make addressing the financing of Islamist extremism from overseas a matter of priority," the report said.

The think tank went on to point out that Saudi Arabia was the main source of funding for radical-leaning mosques, preachers and literature.

© AP Photo / Kayhan Ozer/Press Presidency Press Service, Pool Photo
'Ankara's Emotional Impulse': Turkey and US Could End Up as Adversaries in Case of Gulf Conflict
"Foremost among these has been Saudi Arabia, which since the 1960s has sponsored a multimillion dollar effort to export Wahhabi Islam across the Islamic world, including to Muslim communities in the West… In the UK this funding has primarily taken the form of endowments to mosques and Islamic educational institutions, which have in turn played host to extremist preachers and the distribution of extremist literature. Influence has also been exerted through the training of British Muslim religious leaders in Saudi Arabia, as well as the use of Saudi textbooks in a number of the UK’s independent Islamic schools," the report read.

The Henry Jackson Society criticized the UK government for having a weak response to the issue, compared to the other Western states, and called for disrupting terror funding through various measures, including legislation blocking funding of religious institutions by foreign states.

A series of deadly terrorist attacks in the United Kingdom hit London in March and in June, and the city of Manchester was targeted in May. The country remains on a "severe" threat level for international terrorism, meaning an attack is highly likely. In late May, UK intelligence services identified some 23,000 individuals with extremist views considered to pose a potential terrorist threat. On Saturday, UK police arrested three men who were suspected of preparing terrorist attacks.