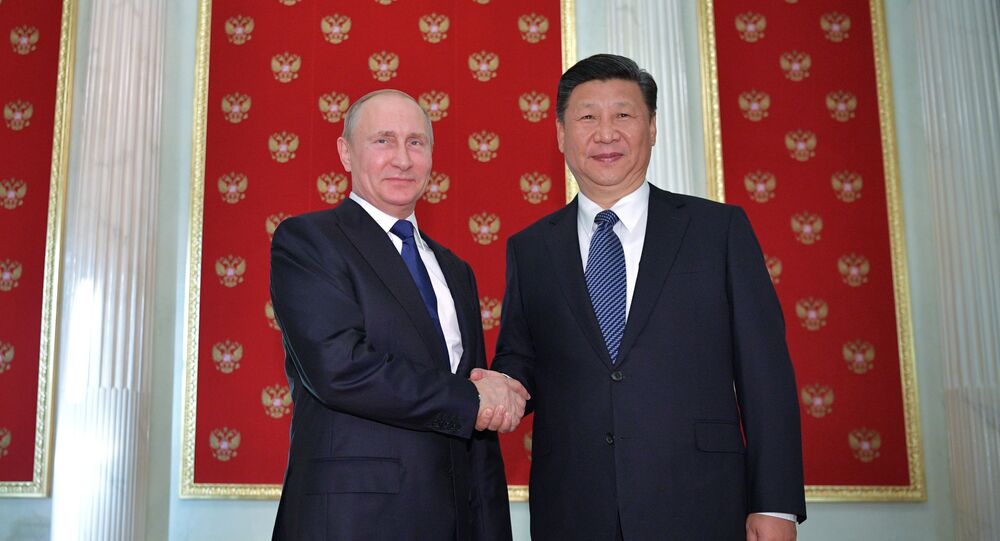 On Tuesday, Chinese President Xi Jinping completed a two-day visit to Moscow at the invitation of Russian leader Vladimir Putin. The meeting, described by Putin as one of the most important events this year, took place ahead of the G20 summit in Hamburg.

© Sputnik / Aleksey Nikolskyi
Russia, China Reach Important Bilateral Agreements During Xi's Visit to Moscow
The visit resulted in a number of important agreements on strengthening cooperation in various fields and discussed international issues, including the situation on the Korean Peninsula.

As a result of the talks, Putin and Xi issued a joint statement on developing Russian-Chinese partnership and strategic cooperation. Moscow and Beijing also approved the plan to implement the Friendship and Cooperation Agreement 2017-2020.

Xi called the bilateral ties between Russia and China a "strategic alliance" and said that this cooperation is the "historical choice" of our countries.

He voiced that it is a "win-win" cooperation, adding that the "China-Russia relations are experiencing their best time in history."

© Sputnik / Aleksey Nikolskyi
China's Plan for New World Order: What Role Does It Leave to Russia?
The results of the talks indicate the intention to develop the Russian-Chinese vector in a multipolar world, according to Yana Leksyutina, an expert in Chinese politics and associate professor at the St. Petersburg State University.

"The main feature of Russian-Chinese bilateral ties is a common strategic vision of the international situation, including the desired model of world order. Apparently, this visit indicated that both Moscow and Beijing wants the current global order to transform, including in political and economic terms. The joint statement was made ahead of the G20 summit which will focus on the economic agenda. This is why these talks are so important," Leksyutina told Sputnik China.

On Tuesday, the Russian and Chinese Foreign Ministries released a joint statement expressing concern over the situation on the Korean Peninsula. Moscow and Beijing called on Pyongyang to declare a moratorium on nuclear tests, while at the same time urging Washington and Seoul to refrain from holding joint drills.

Ma Yujun, director of the Center of Russian Studies at the Heilongjiang Academy of Social Sciences, emphasized the strategic significance of the fact that Russia and China reaffirmed a common vision of the global issues that will be on the G20 summit’s agenda in Hamburg.

"A joint statement on strengthening bilateral relations ahead of the G20 summit is strategically important. On the one hand, the geopolitical situation near China’s border changed in recent years. In particular, the US continues its pressure to deter China’s growing influence in the region. On the other hand, the geopolitical situation near Russia’s border has also changed. The West has been mounting political pressure over Moscow, including sanctions. In this context, cooperation serves the strategic interests of both Russia and China," Ma said.

© AP Photo / Andy Wong
New Silk Road: What to Expect From Russia's Involvement in Chinese Megaproject
He underscored that despite the fact that officially there is no alliance Moscow and China, the partnership between the two countries is an "example of a new type of relations between major powers."

"Russia and China wants to develop bilateral cooperation on a win-win basis. […] Although there is no alliance between the sides and none of the sides establishes alliances with other countries. Both Russia and China are against a unipolar world and against any provocations in the global arena," the expert concluded.

Russia, China Oppose IT Use for Interference in Countries' Internal Affairs