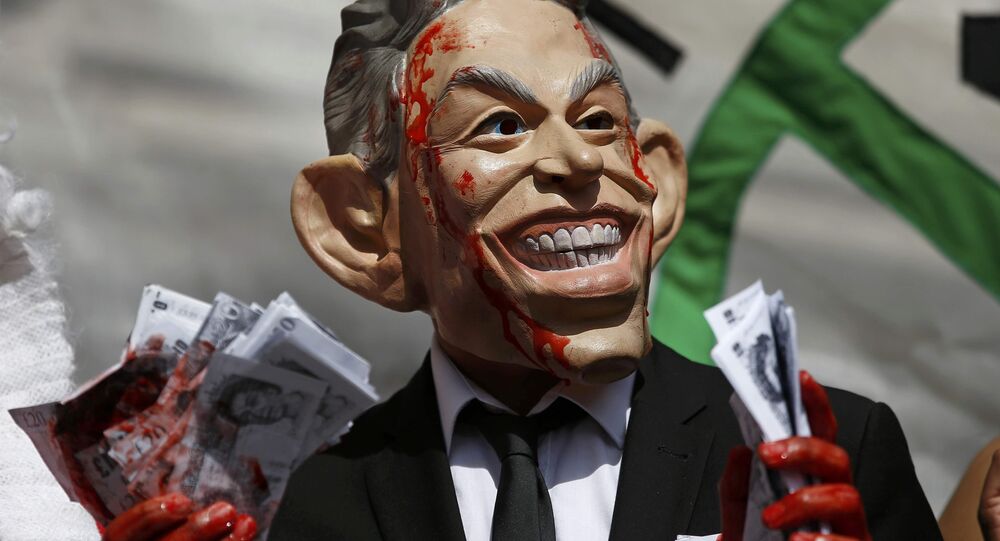 The Lord Chief Justice of England and Wales, Lord Thomas of Cwmgiedd, and a High Court judge Sir Duncan Ouseley will hear a case on a possible overturning of the ruling that granted former UK Prime Minister Tony Blair immunity from criminal prosecution in connection with the war in Iraq, The Guardian reported Wednesday.

© REUTERS / Gary Hershorn
UK High Court Could Open Up Blair to Prosecution Over Iraq War
The current attorney general Jeremy Wright QC is in favor of upholding the immunity, when Gen Abdul-Wahid Shannan ar-Ribat, former chief of staff of the Iraqi army, wants the ex-prime minister, the then-foreign secretary Jack Straw and ex-attorney general Lord Peter Goldsmith to be prosecuted in connection with the United Kingdom deciding to enter the Iraq War in 2003 under the false pretext of weapons of mass destruction in the Middle East state.

The case seeks their prosecution for the crime of aggression, while the attorney general said this offense does not exist in the English law.

In 2003, the United States and its allies invaded Iraq and overthrew Saddam Hussein, which resulted in more than a decade of instability in the Middle East country. Washington justified the invasion by accusing Baghdad of developing weapons of mass destruction prohibited in the country after the 1990 – 1991 Gulf War, but after overthrowing Hussein the United States failed to prove the accusations.

The Real Reason for War in Iraq