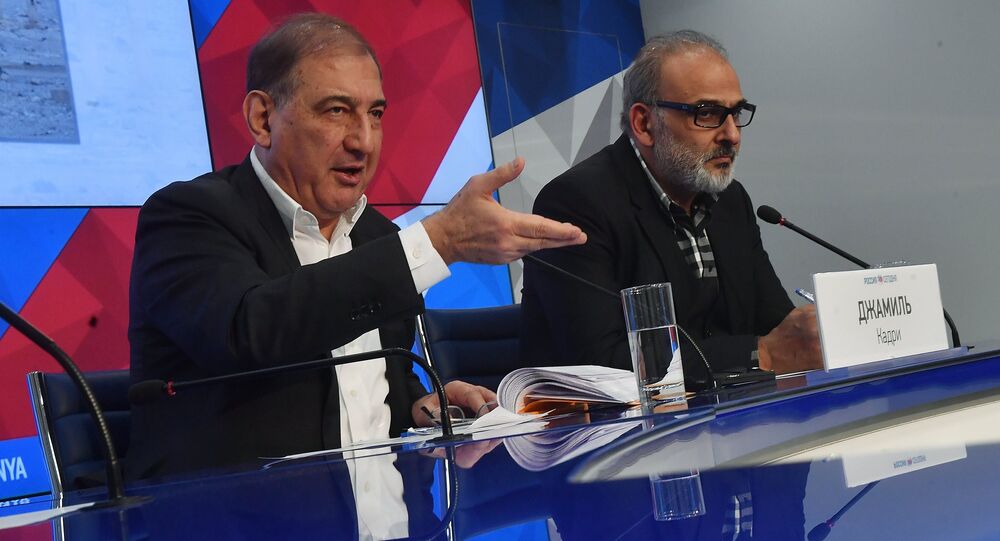 ASTANA (Sputnik) — He also added that their number did not exceed several hundred.

A document on the release of war prisoners could be signed following the fifth round of negotiations on Syria underway in Kazakh capital city of Astana. A source told Sputnik that the text of the deal was agreed during previous meetings in Astana and was awaiting approval.

"There is a small number — they are not just detainees but prisoners of war. They are war prisoners taken during the fighting. We have no civilian prison, we do not have special services. It [the Syrian government] has detainees, one has to distinguish detainees from war prisoners. In spite of this, we are ready to release war prisoners that we have, we captured them during combat actions," Rahim said.

Rahim added that he was counting on Russia's assistance in this matter.

"We hope for even greater role of Russia in the Astana process and in the peace process in Syria," the military commander said.

The fifth international meeting on Syria in Astana takes place on July 4-5, bringing together the delegations from the three guarantor states — Russia, Iran and Turkey — as well as the Syrian sides and the United Nations teams. Jordan and the United States act as observers.