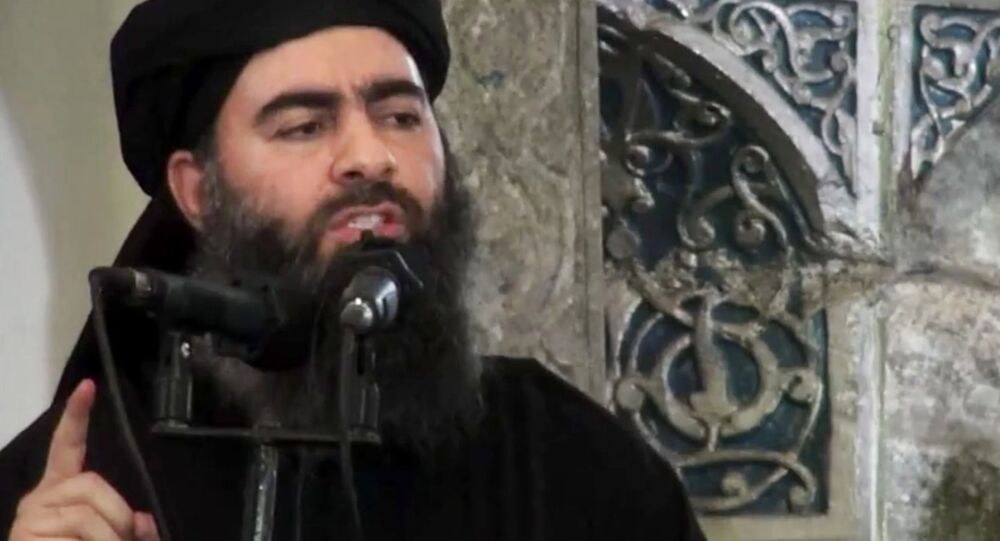 The task of combating the threat of terrorism coming from Syria remains valid regardless of whether Baghdadi, the leader of Daesh terrorist group, is dead or not, Russian Deputy Foreign Minister Gennady Gatilov said Tuesday.

ROME (Sputnik) — Gatilov could not confirm reports of alleged elimination of Baghdadi.

"It [Baghdadi's death] may be an important aspect, but the fight against terrorism still does not stop there. And regardless of whether this leader is eliminated or not, the task remains the same. It is the eradication of the terrorist threat coming from Syria."

© AFP 2021
How Reported Death of al-Baghdadi Could Affect Daesh
In June, the Russian Defense Ministry said al-Baghdadi was likely eliminated as a result of a Russian Aerospace Forces strike on a militant command post in the southern suburb of the city of Raqqa in late May. It noted that it was in the process of confirming the information through various channels.

Al-Baghdadi appeared in the media for the first time in 2014 when he declared the creation of a caliphate in the Middle East. Since then, the media have reported several times about the death of the Daesh leader, though the information has never been confirmed.