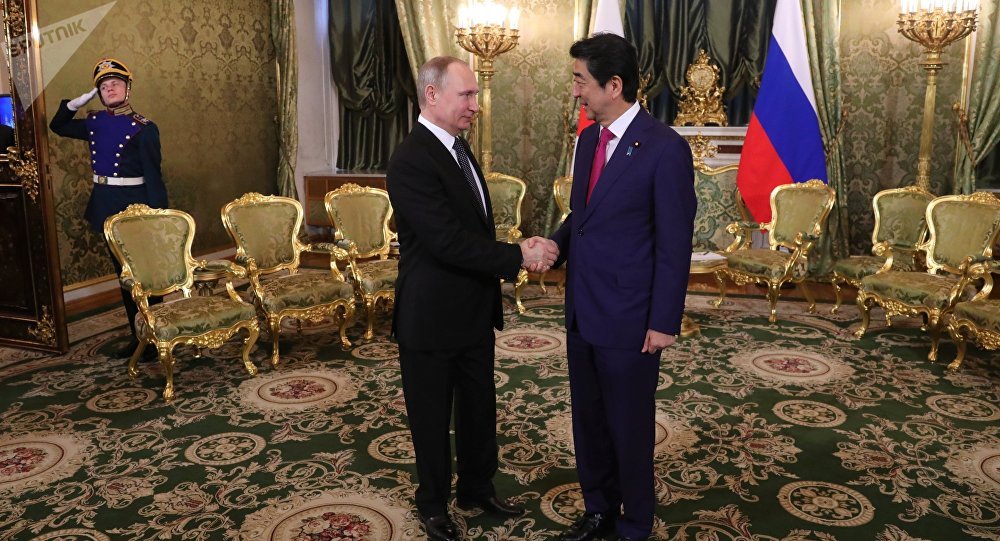 Japanese Prime Minister Shinzo Abe said Tuesday that he plans to urge Russian President Vladimir Putin and Chinese leader Xi Jinping at the upcoming G20 summit in Hamburg to change their approach toward the settlement of the crisis on the Korean peninsula following the recent Pyongyang’s missile launch.

North Korea launched a ballistic missile earlier in the day at 09:39 [00:39 GMT], which has fallen into Japan's exclusive economic zone in the Sea of Japan.

"North Korea has launched another missile. North Korea ignores the warnings of the global community and continues to commit provocative actions. Tomorrow, I will depart to Hamburg to attend the G20 summit, where we will have a trilateral meeting with US President Donald Trump and South Korean President Moon Jae-in," Abe told reporters.

"Also, as a lot of other countries will take part in the forum, I am going to ask Chinese leader Xi Jinping and Russian President Vladimir Putin to take a more constructive position on North Korea."