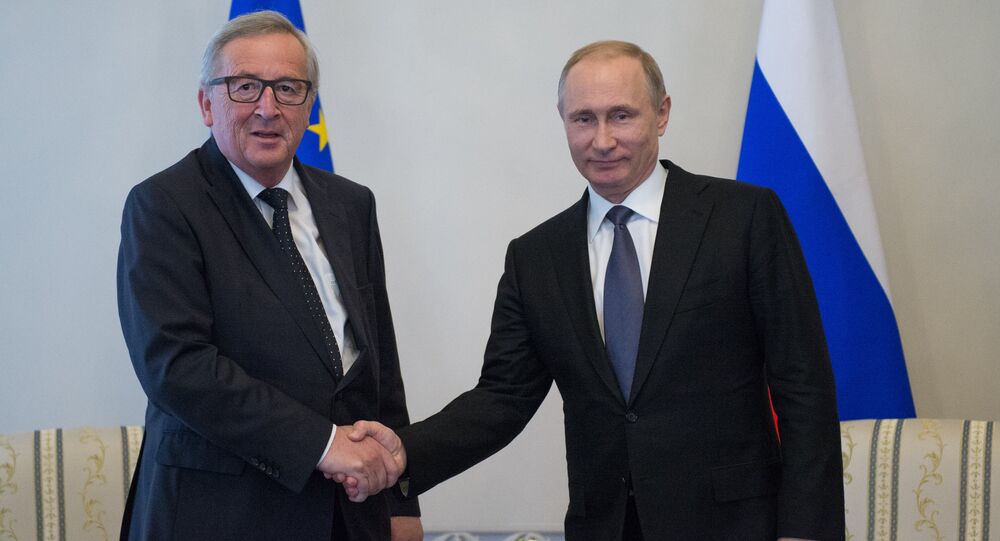 MOSCOW (Sputnik) — The G20 summit will be held in Germany's Hamburg on July 7-8.

"It is planned to discuss the Nord Stream-2 project and gas supplies to Europe through the Turkish Stream, as well as prospects for the resumption of the EU-Russia energy dialogue," Ushakov told reporters.

© Sputnik / Sergey Guneev
EU Ministers Support EC Approach Seeking Nord Stream 2 Negotiating Mandate
The Nord Stream 2 project presumes the construction of two gas pipelines with a combined annual capacity of 55 billion cubic meters of gas. The new pipeline is planned to be laid along Nord Stream pipeline route from the Russian coast through the Baltic Sea to a hub in Germany. The launch of the pipeline is scheduled for 2017. Shell, Engie, OMV, Uniper and Wintershall are Gazprom's partners on the project.

The intergovernmental agreement on the construction of two underwater parts, or legs, of the Turkish Stream gas pipeline in the Black Sea was signed by Russia and Turkey in October 2016. The annual capacity of each leg is estimated to reach 15.75 billion cubic meters of natural gas, with one leg meant to supply gas to Turkey and the other, to Europe.

Nord Stream 2 Depends on 'Political Bargaining' Between US, EU