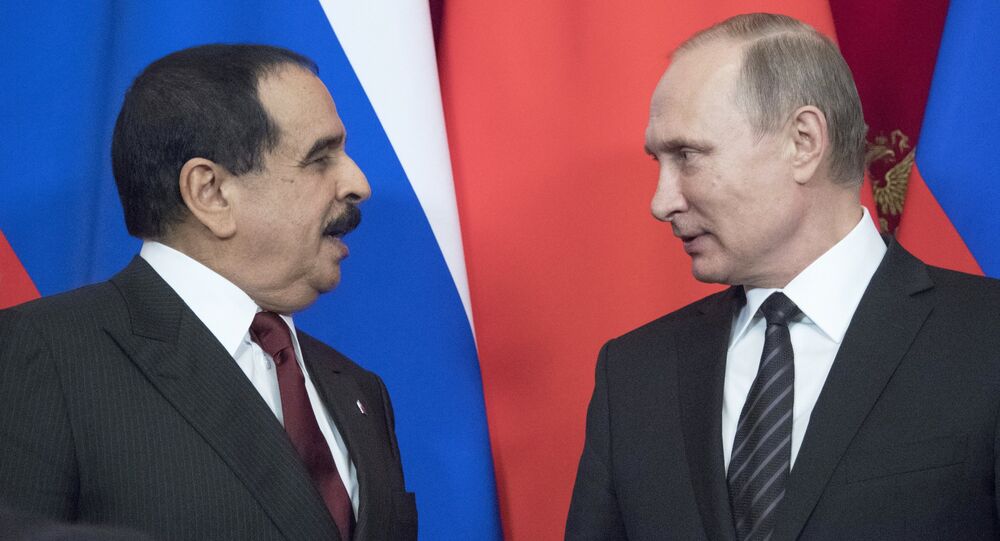 Russian President Vladimir Putin and Bahraini King Hamad bin Isa Al Khalifa pointed out the need for the mutually respectful dialogue between all the states involved in the conflict with Qatar, according to the Kremlin press service.

"During the exchange of opinions on the situation around Qatar, [the leaders] noted that this is negatively affecting the difficult situation in the Middle East. [The leaders] pointed out the need for the mutually respectful dialogue between all the states involved in the conflict," the statement said.

© Sputnik / Vladimir Pesnya
Russian Deputy FM Discuss Qatar Issue With Saudi, Bahrain Ambassadors - Moscow
Last week, Kuwait, which is serving as a mediator between Qatar and the Gulf States, handed the demands of Saudi Arabia, Egypt, the United Arab Emirates and Bahrain over to Doha. The requests include the severance of Qatar’s relations with Iran, closure of Turkey’s military base on Qatar's territory and a shutdown of the Al Jazeera TV channel. Doha was given 10 days to implement the demands.

In the  phone conversation with Bahraini King Hamad bin Isa Al Khalifa, Russian President Vladimir Putin has also discussed the implementation of the agreements, which were reached between Moscow and Manama in September of 2016, Kremlin’s press service said in a statement Saturday.

"The progress in the implementation of the agreements, reached during the Russian-Bahraini talks on the highest level, which took place in September of last year in Moscow, was discussed. The recent positive dynamics in the development of ties in trade and economy was acknowledged. The important role of the recently created intergovernmental commission, which convened in February 2017, was emphasized," the Kremlin said.

Bahrain Expects LNG Deliveries From Russia to Begin in Early 2019