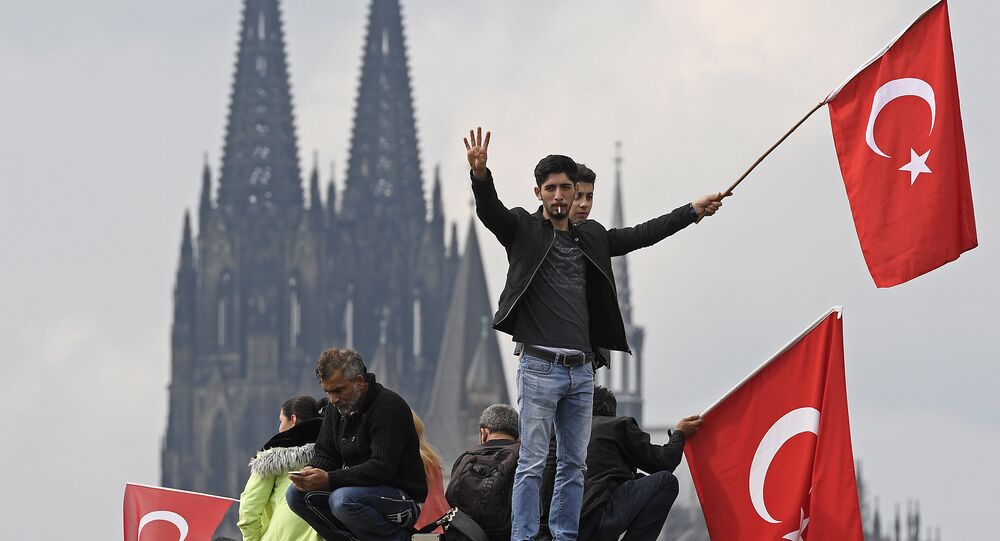 The Social Democratic Party (SPD) leader Martin Schulz has called for a ban on the Turkish President being allowed to address rallies in Turkey. Schulz is challenging Chancellor Angela Merkel in Germany's September elections.

Germany's foreign minister Sigmar Gabriel said on Thursday (June 29) that Turkish President Recep Tayyip Erdogan has asked permission to hold a rally during his visit to Hamburg for the July 2017 G20 summit.

Gabriel, who is on an official visit to Russia, said Turkey had officially requested permission for Erdogan to speak at a rally, although it did not say where or whether permission would be granted.

There are around three million German Turks, many of them the descendants of "guest workers," who were brought to Germany in the 1960s to help fill jobs in the booming German economy.

​"Foreign politicians, who tread our values at home, must not have a stage for speeches in Germany. I do not want Mr. Erdogan, who is holding dissidents and journalists in Turkey, to hold large-scale events in Germany," said Schulz.

Next week Erdogan is likely to attend the G20 summit in Hamburg and the Social Democrats, Germany's main opposition party, have urged the government to make sure he is not allowed to address the large Turkish immigrant community.

Erdogan should not be able to "carry the domestic political conflicts in Turkey to Germany," said Schulz.

Earlier this year, Dutch prime minister Mark Rutte banned Erdogan or any of his ministers from visiting the Netherlands to address Turks living there, ahead of the referendum on expanding his powers as president. Erdogan responded by calling the Netherlands a "banana republic."

Erdogan responded by claiming the Germans were guilty of "Nazi practices" and several Turkish newspapers printed inflammatory articles and cartoons.

"President Erdogan, you are jeopardizing what you have built together with the others. Stop these unspeakable comparisons with Nazis."

The authorities in Ankara responded by refusing to allow German MPs to visit their own troops who were stationed at a NATO base in Incirlik in Turkey.

© REUTERS / Murad Sezer
A Turkish Air Force F-4 fighter jet flies over a minaret after it took off from Incirlik air base in Adana, Turkey, August 12, 2015.

Chancellor Merkel has threatened to move German troops from Incirlik to Jordan.