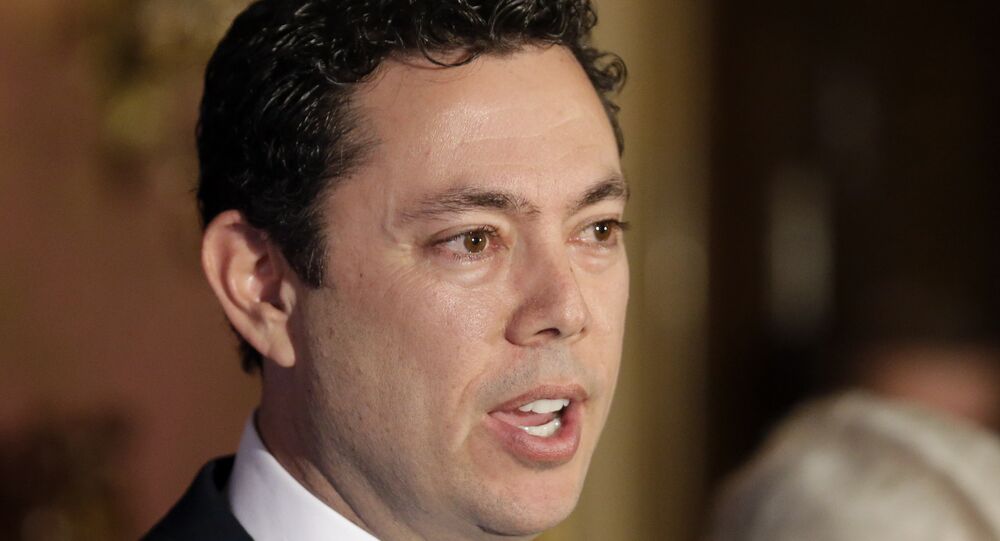 Chaffetz: US Legislators Should Get $2,500 a Month for Housing Subsidies

Utah Republican Representative Jason Chaffetz, the embattled chairman of the House Oversight and Government Reform Committee, said Monday that he believed Congressmen deserved a $2,500 monthly housing subsidy to ease costs for members who can’t afford to own two properties.

Chaffetz, who is resigning June 30 rather than finishing his fifth term in the House, told The Hill that he believes "Congress would be much better served if there was a housing allowance for members of Congress. In today's climate, nobody's going to suggest or vote for a pay raise. But you shouldn't have to be among the wealthiest of Americans to serve properly in Congress."

Chaffetz, who sleeps in his office when the House is in, bemoaned the expenses of living and working in DC. "Washington, DC, is one of the most expensive places in the world, and I flat-out cannot afford a mortgage in Utah, kids in college and a second place here in Washington, DC," he said. "I think a $2,500 housing allowance would be appropriate and a real help to have at least a decent quality of life in Washington if you're going to expect people to spend hundreds of nights a year here."

"There are dozens upon dozens of members living in their offices, and I don't know how healthy that is long term." According to a 2017 report from Kiplinger, Washington DC is America's sixth most expensive city to live in.

The Hill mentioned that Congressmen are well-paid for their service: their annual salary of $174,000 places them in the 98th percentile of Americans in terms of income. Chaffetz admitted that this was a "handsome" salary, but he also claimed that a subsidy for pricey DC housing could actually save taxpayer money. For instance, Chaffetz said he wouldn't have to fly home as often if he had an actual apartment in DC rather than a cot in his office, saving the taxpayer money on his airfare.

Counting the six non-voting members, this proposed housing subsidy would come out to an annual taxpayer expense of $16.23 million.

Chaffetz's resignation goes into effect on June 30. After that, he says, he wishes to explore private sector opportunities: seats on corporate boards, consulting for information technology firms and nonfiction writing.

"[The book would not be] a tell-all, gossip-filled expose by any means," Chaffetz said. "But there are things that hopefully the public will be interested in reading about, including what are some of the possible solutions" in the nation's capital.

"Particularly in the IT sector: the IT companies of this country don't understand Washington, DC, and I feel Washington, DC, doesn't understand IT. There are some real big questions about drone technology, who's going to control that, who's the law enforcement for that; autonomous vehicles; privacy issues; immigration issues."

Chaffetz refused to reply to rumors that he intended to also join Fox News.