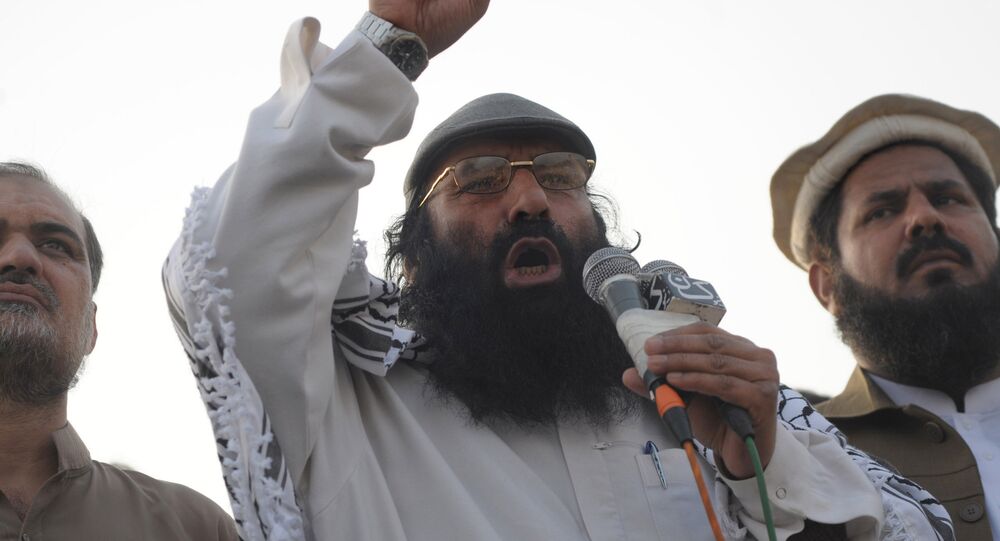 US Declares Commander of Kashmiri Separatist Group a Global Terrorist

The US State Department has declared Syed Salahuddin, the commander of the Hizbul Mujahideen terrorist organization, a specially designated global terrorist. Salahuddin, a resident of Kashmir, is known to be operating from the Pakistani side of Kashmir.

NEW DELHI (Sputnik) — The US' declaration of Syed Salahuddin as a global terrorist just before the meeting between Indian Prime Minister Narendra Modi and US President Donald Trump has been hailed as a big victory for India.

"India welcomes this notification. It underlines also quite strongly that both India and US face the threat of terrorism," Ministry of External Affairs spokesperson Gopal Baglay said.

The US designation of Salahuddin as a global terrorist prohibits US citizens from getting into any kind of agreement with him and ensures blocking of all his properties and assets in US jurisdiction.

"The Department of State has designated Syed Salahuddin as a Specially Designated Global Terrorist. As a consequence of this designation, US persons are generally prohibited from engaging in transactions with Salahuddin and all of Salahuddin's property and interests in property subject to US jurisdiction are blocked," a statement from the US State Department said.

Under Salahuddin's tenure as senior Hizbul Mujahideen leader, the outfit has claimed responsibility for several attacks, including the April 2014 explosive attack on the Indian side of Kashmir, the statement said further.

Salahuddin hails from Budgam district of Kashmir and had shifted to the Pakistani side of Kashmir in 1989. He is said to have been fueling militancy in Kashmir and has close ties with terrorist Hafiz Saeed, the mastermind of the Mumbai terror attack.

"It's a diplomatic victory for India. It has huge symbolic significance. It shows that India-US counter-terrorism cooperation is likely to grow in coming days," Uday Bhaskar, a senior strategic and security affairs expert, told Sputnik.