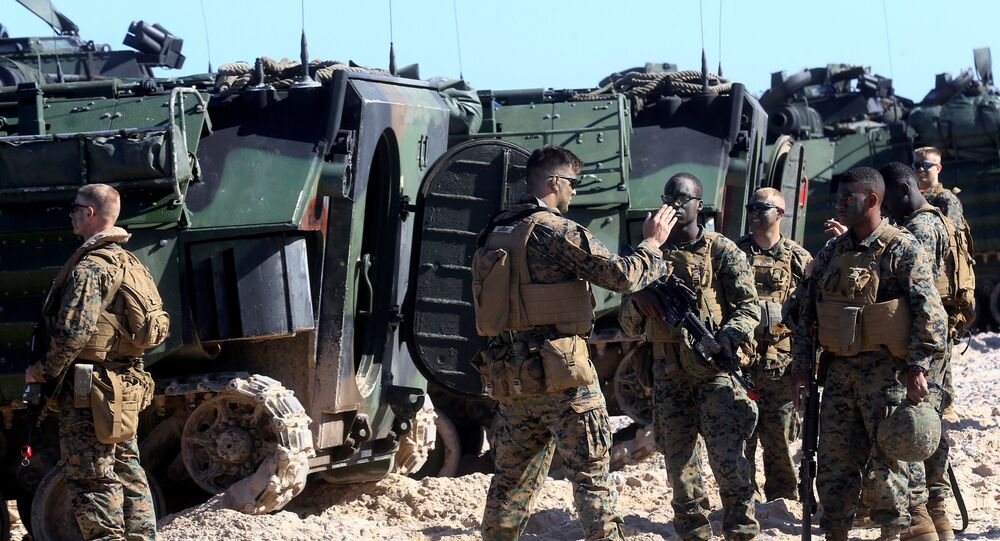 Moscow Expects More US Forces in Europe Under Trump

VIENNA (Sputnik) — The White House had requested 40 percent more on defense spending this year as compared to 2016, Alexander Grushko said at the OSCE Annual Security Review Conference in Vienna.

"This means that we should expected an additional deployment of US forces in the European territory," Grushko said.

© REUTERS / Ints Kalnins
Russia Has Little Reason to Trust NATO After It Absorbed Whole of Eastern Europe
Earlier, NATO Secretary General Jens Stoltenberg said that the administration of Trump supports the idea of increasing the number of NATO troops in the countries of Eastern Europe.

Following the outbreak of the Ukrainian crisis in 2014, NATO has been boosting its military presence in in Eastern European states, citing Russia's alleged interference in that conflict as justification for the move. A decision of the alliance to deploy four multinational battalions to Estonia, Latvia, Lithuania and Poland was announced by Stoltenberg after the NATO summit in July 2016.