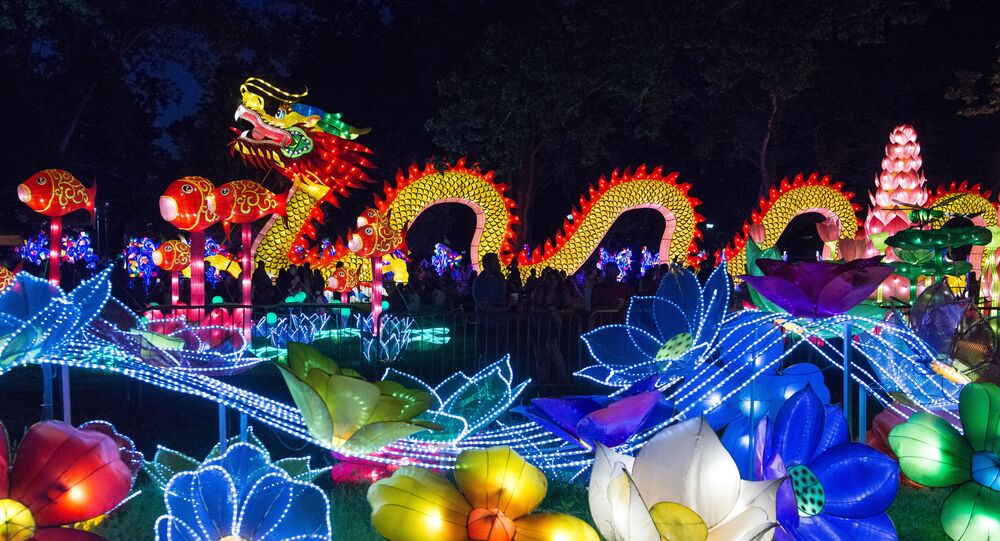 The first Chinese-US Diplomatic and Security Dialogue (DSD) recently ended in Washington. The DSD framework is expected to help lay the groundwork for building constructive relations between Washington and Beijing.

© Sputnik / Iliya Pitalev
US Agrees to Expand Cooperation With China on North Korea, Counterterrorism
At the first Diplomatic and Security Dialogue the US was represented by State Secretary Rex Tillerson and Defense Secretary James Mattis, while the Chinese side was represented by their Chinese counterparts State Councilor Yang Jiechi and General Fang Fenghui, a member of China's Central Military Commission (CMC) and chief of the CMC Joint Staff Department.

The talks were focused on regional crises and how to resolve them, including the situation around North Korea’s nuclear and missile program and tensions in the South China Sea.

Ahead of the talks, Washington once again intensified pressure over Beijing, including threatening sanctions against Chinese companies working with North Korea and tariff barriers for China-produced steel imports in the US.

"If taken seriously, Washington’s message to Beijing ahead of the talks was clear – China must pressure the North over its missile program if it does not want sanctions," Dmitry Kosyrev, political commentator with RIA Novosti, noted in his op-ed.

However, the actual situation at the talks turned out to be totally different. According to The New York Times, Beijing downplayed the pressure and its message was that the US should decrease their military footprint on the Korean Peninsula in order to ease tensions.

According to the newspaper, China’s strategy over the North Korean crisis is to "buy time and preserve the status quo" while having talks that may result in the freezing of Pyongyang’s missile tests.

© AFP 2021 / NICOLAS ASFOURI
China, US Agree to Work Toward ‘Complete, Verifiable’ Denuclearization of North Korea
Moreover, Beijing "may now have a new advocate of that approach, President Moon Jae-in of South Korea, who was elected on a platform pledging resumed engagement with the North," the article read.

In turn, both Tillerson and Mattis said that Washington would not embrace any kind of negotiations with North Korea, thus indicating that pressure over Beijing is likely to be continued.

"In fact, Trump has walked the same way [on the North Korean problem] other US presidential administrations did before. He realized that the military solution to the crisis is impossible, hence negotiations. The parameters of a possible deal with Pyongyang were worked out long ago. North Korea needs to implement reforms amid security guarantees from world powers, first of all the US. This would end missile and nuclear tests. However, no US presidential administration has done that so far," Kosyrev wrote.

© AP Photo / Andy Wong/Pool/File
China’s Economy Will Catch up With US Economy in 17 Years: Economists
The author noted that the tone of American experts and publications in the US media indicates that the US strategy towards China is aimed at "turning Beijing into a kind of Washington-controlled sheriff in Asia."

At the same time, China does not want to find itself in the "Korean trap," e.g., make the entire set of US-American bilateral relations dependent on Washington’s reluctance to take a step towards talks with Pyongyang.

"Relations between major global powers should be considered from a wider perspective. It is like taking US-Russian relations hostage based on the Ukrainian conflict or the crisis in Syria. The tail should not wag the dog," Kosyrev underscored.

Searching for a New Balance

© AFP 2021 / NICOLAS ASFOURI
Decline of US, Rise of China 'Happening Much More Quickly Than Predicted'
In addition to the DSD meetings, Beijing recently hosted a major dialogue between US and Chinese businessmen. The parties discussed numerous multibillion-dollar deals, with many of them already in implementation.

The enormous potential of economic and trade cooperation is an important factor in developing US-Chinese bilateral relations.

"Last year, China imported $227 billion worth of integrated circuits from abroad. And if the US relaxes restrictions in this sector, it will have great significance for US company growth and reducing the overall deficit," Zhang Xiaoqiang, head of the China Center for International Economic Exchanges (CCIEE), said at a press conference in Beijing.

"However, China wants to go even further, proposing Trump to work out a new model of relations between global powers, that would be adequate to the current global challenges. But this will require a long and calm dialogue," Kosyrev wrote.

According to the authors, the main point is that the era of Western dominance in the world has ended and "the time has come for the great civilizations to learn ways to live harmoniously with one another." This means that neither Western liberal values nor principles of Eastern civilizations can stay unchanged in the contemporary world. Instead, global powers should reach a "floating balance between various contrasts and contradictions."

According to Kosyrev, this is what China is now trying to apply in its strategy towards the US.

US, Chinese Leaders to Meet at G20 Summit in Hamburg – Reports