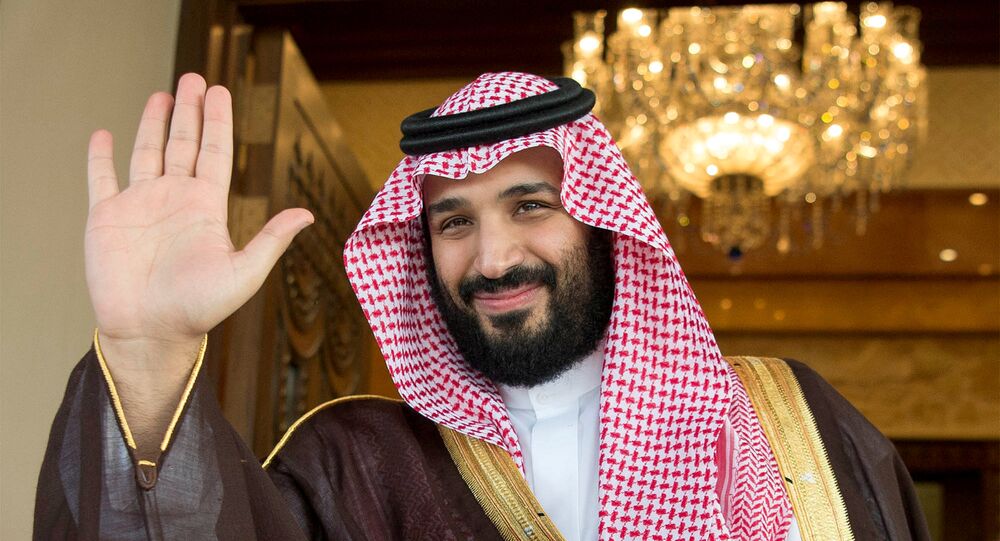 The appointment of Prince Mohammad bin Salman as the new heir to the throne has come as no surprise for Moscow, former Ambassador to Saudi Arabia Andrei Baklanov told Radio Sputnik, sharing his views on the much-discussed power game in Riyadh.

Andrei Baklanov, deputy head of the Council of the Russian Diplomats Association and former Ambassador to Saudi Arabia (2000-2005), believes that the move was quite predictable.

"This 'shift' has long been brewing," Baklanov told Radio Sputnik, referring to Mohammad bin Salman's appointment as the heir to the throne.

The diplomat called attention to the fact that Prince Mohammad has long been involved in the day-to-day routine work of the Saudi government. Furthermore, he has been assigned important foreign policy tasks by the king in the recent months.

"The [former] crown prince, Mohammad bin Nayef, has somehow fallen out of the scheme of the functioning of the highest political bodies of Saudi Arabia. It was quite noticeable," Baklanov said, adding that the replacement of the former crown prince with Mohammed bin Salman comes as the result of actual changes which have been brewing in recent months.

© AFP 2021 / TURKISH PRESIDENTIAL PRESS OFFICE/ KAYHAN OZER
Turkish President, Saudi King Discuss Qatar Diplomatic Row
"Judging by the distribution of duties, speeches and explanations of domestic and foreign policy, it was felt that… all this time he had been delegating most of his powers to Mohammed bin Salman, his son," the diplomat pointed out.

For his part, the new heir to the throne has never sat on his hands: in the last few years Prince Mohammed has launched a number of economic and foreign policy initiatives, starting from his bold Vision 2030 program and ending with Riyadh's controversial military operation in Yemen.

Back in April 2016 Karen Elliott House, a senior fellow at the Harvard Kennedy School of Government's Belfer Center for Science and International Affairs, wrote that then Deputy Crown Prince Mohammad's efforts to reduce the country's dependence on oil and bolster Riyadh's role in Middle Eastern affairs faced opposition from other members of the Saudi royal family.

House called attention to the fact that Mohammad bin Nayef was the first in line to the throne of Saudi Arabia and added that he "would waste little time" before removing Mohammad bin Salman from power if the Saudi king suddenly dies.

The latest move of King Salman has proactively resolved the potential controversy.

© REUTERS / Bandar Algaloud/Courtesy of Saudi Royal Court
US Looks Forward to Working With Saudi Crown Prince on Countering Terrorism
According to Baklanov, Prince Mohammad's appointment shows that the part of the Saudi establishment directly connected with the king and his son has managed to cement its ruling positions.

For instance, The New York Times highlighted in its article entitled "Trump's Preferred Candidate Wins Again, This Time in Saudi Arabia" that the US president has long seen Prince Mohammad as "a crucial ally in his effort to cement a Sunni Muslim alliance in the Persian Gulf."

The media outlet noted that Trump's entourage "began cultivating Prince Mohammad" soon after the US 2016 presidential elections, adding that the new crown prince has a tough stance toward Iran and is "spearheading Saudi Arabia's embargo of neighboring Qatar."

Commenting on the potential implications of Prince Mohammad's appointment as the successor to the throne, Baklanov suggested that Riyadh will push ahead with both its economic reforms and assertive foreign strategy.

The diplomat called attention to the fact that Prince Mohammad has also managed to establish working relations with many foreign powers, most notably with Russia, in the recent years.

"The last year and a half have been the most successful in the history of [Russo-Saudi] relations, because we [Moscow and Riyadh] exercised leadership in reviewing the approaches to the price bracket for oil," Baklanov stressed.

© CC BY 2.0 / Justin Vidamo / The Burning of the Sky
OPEC Crude Basket Lowest Since Year Start in May Despite Extension of Oil Cuts
"Our deal became the basis for an agreement between OPEC countries and independent producers to reduce the level of [crude] production to rectify the situation on the market, suspend the drop in quotations for oil, correct the matter and set a fair price level," the diplomat specified.

Elena Suponina, the adviser to the head of the Russian Institute for Strategic Studies (RISS), echoes Baklanov. The scholar believes that the Russian leadership foresaw the recent developments of events.

"Regardless of his young age, the weight and influence of the [Saudi] king's son, Defense Minister Mohammad bin Salman, has always been understood in Russia. It is no coincidence that not only Russian leader [Vladimir Putin], but also the American [president], and many others have recently held meetings with him. It was clear… that the king was preparing his son for a new important appointment and possible future accession to the throne," Suponina told Sputnik.