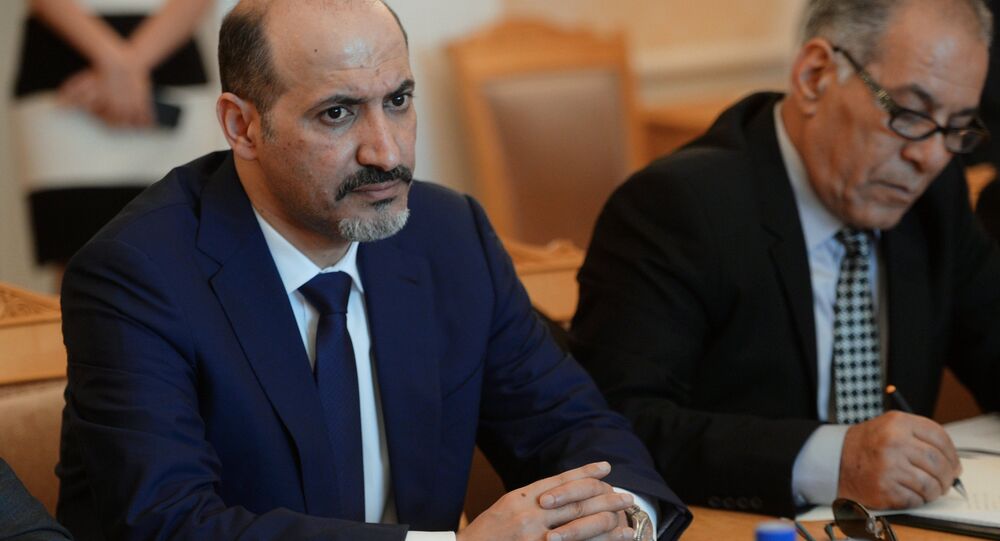 Syrian opposition group Syria's Tomorrow is placing great expectations on Russia's role in intra-Syrian dialogue that would include opposition and the government, Ahmad Jarba, the group's leader, said Thursday at a meeting with Russian Foreign Minister Sergei Lavrov.

© Photo : Mohamed Maaruf
Cairo Opposition Platform Insists Any Deal on Syria Should Be of UN Nature - Delegation
MOSCOW (Sputnik) — The opposition leader said that he was expecting to discuss ceasefire, the de-escalation zones, the fight against terrorism, which "Russia is very concerned with" and efforts to support Geneva talks, which are "lagging" with Lavrov.

"The intra-Syrian dialogue is necessary, between the opposition and the forces backing the government… And the role of Russia in this settlement process is very important. We are counting on Russia's role," Jarba added.

Jarba added that he was hoping to find "creative solutions" for the Syrian peace settlement.

The meeting in Moscow was held ahead of the next round of Astana talks on Syria slated for July 4-5, while Geneva negotiations, held under the aegis of the United Nations, are expected to begin on July 10.

Several de-escalation zones in Syria were agreed at the last round of Astana talks on May 3-4. The three ceasefire guarantor states, Iran, Russia and Turkey, signed a memorandum on the establishment of safe zones, which are monitored and managed by military personnel from the guarantor states.