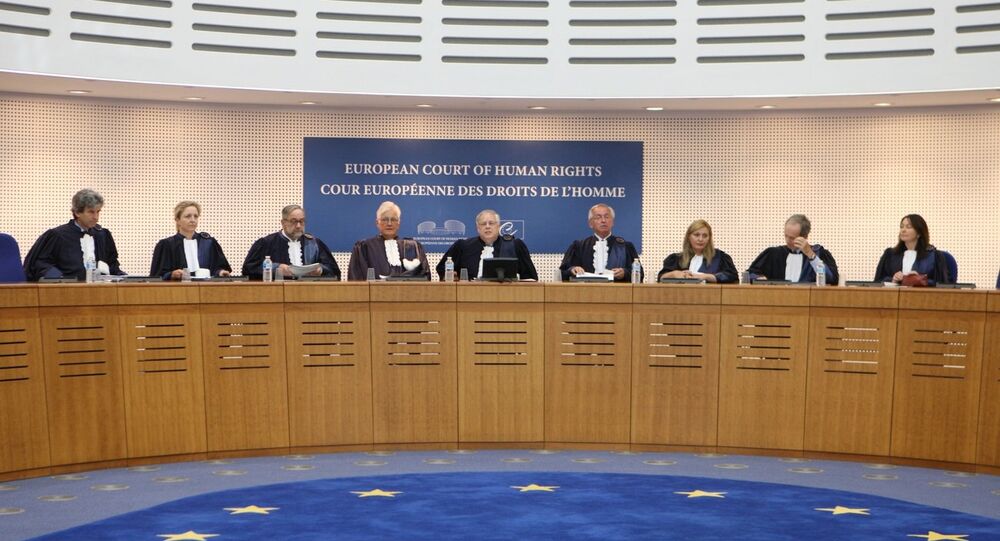 A Russian lawmaker responded to the European Court of Human Rights' criticism of Moscow's law banning gay propaganda among minors.

MOSCOW (Sputnik) — The European Court of Human Rights' (ECHR) decision to define Russia's law banning homosexual propaganda among minors as discrimination was directly influenced by the Council of Europe, an institution which uses the court as an instrument to smear Russia, Chair of the Russian State Duma International Affairs Committee Leonid Slutsky said Tuesday.

"This is not the first case in the years of our membership in the Council of Europe that the Human Rights Court makes politically motivated decisions regarding Russia. All this speaks of the partisanship of the court in Strasbourg. We can only regret that the judicial system of the Council of Europe is being politicized, and that the Human Rights Court is being used as an instrument to artificially smear Russia," Slutsky told reporters.

The ECHR ruling  cannot be carried out because it goes against several articles of the Russian Constitution, the Russian Federation Council's Committee on Constitutional Legislation Chair Andrei Klishas said Tuesday.

“The way this is formulated in the European court’s ruling, it cannot be fulfilled due to contradicting the Russian Constitution,” Klishas said.

He pointed out that fulfilling the court’s decision would lead to breaches of the Russian Constitution’s Article 29, which prohibits propaganda or instigation of social, racial, national or religious hatred. The ruling would also go against Article 17, which stipulates that exercising rights and freedoms should not violate other people’s rights and freedoms.

Klishas noted that the current Russian legislation is in tune with public morals as it exists in today’s Russian society.

© Sputnik / Grigoriy Sisoev
Russian Justice Ministry Replies to ECHR Criticism of Law Banning Gay Propaganda Among Minors
According to the ECHR ruling, Russia's gay propaganda law, which entered into force in 2013, violates the freedom of expression as well as the prohibition of discrimination proclaimed in the European Convention on Human Rights.

The lawsuit was filed by three Russian activists, namely Nikolai Bayev, Alexei Kiselev and Nikolai Alexeyev.  The three had rallied between 2009 and 2012 and were found guilty of administrative offenses and given fines in line with Russian laws. After attempting to appeal the decision, the activists filed a complaint about the Russian law with the European Court of Human Rights.