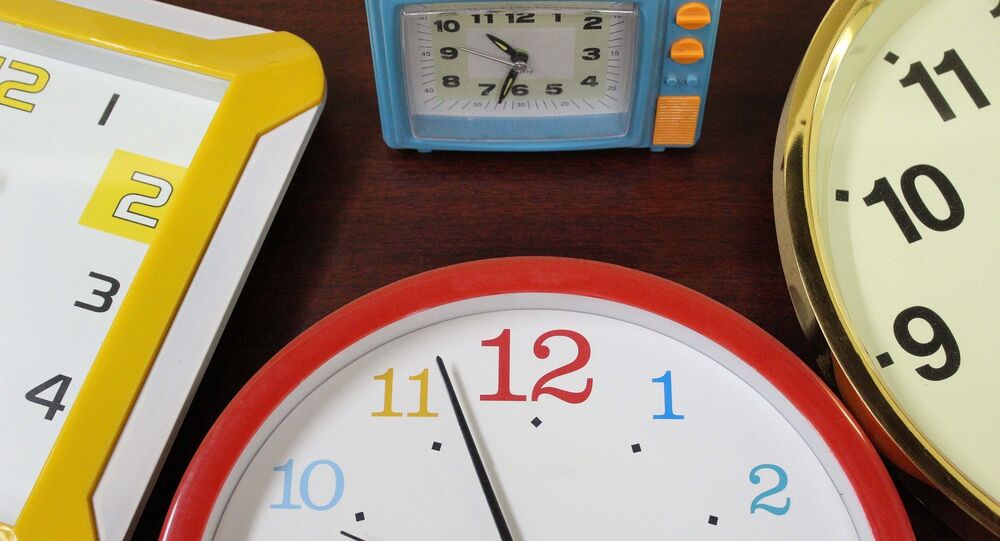 Countdown to an Uncertain Future: The Brexit Timetable in Full

Almost exactly a year after UK voters opted to secede from the European Union, official discussions commenced June 19. David Davis, Brexit Secretary, and Michel Barnier, EU chief negotiator, met at in Brussels - the pair shook hands for the assembled press snappers, then sat down to begin the end of the UK's 44-year dalliance with the bloc.

In what is sure to be a highly charged, laboriously labyrinthine struggle that will, whatever happens, dictate the UK's destiny for decades to come, diplomats and bureaucrats alike are set to argue around the clock — and against the clock.

Irrespective of whether a deal is struck, the terms of Article 50 dictate the UK must take its leave by March 29 2019, although Barnier is said he wishes to conclude talks by October 2018, allowing time for the European Parliament to ratify the deal.

From the EU's perspective, Brexit is very much akin to the end of a marriage — a divorce settlement must be reached before a new relationship is cemented. The UK will not be allowed to start trade talks with individual member states, or the wider bloc, until it agrees an outline deal on citizens' rights, money and the Irish border post-Brexit.

While Theresa May's government had long argued against this, since the June 8 general election — perhaps a reflection of the Conservatives' enfeebled parliamentary standing, perhaps acknowledgement that the UK has no leverage on those issues — Davis has made it clear the UK will play ball.

Pretty clear @DavidDavisMP and UK have caved on sequencing of talks, with trade now not being discussed till money, Ireland, migrants sorted

​Trade talks can begin if and when "sufficient progress" is made on these issues. If the UK passes this deliberately ambiguous test, talks can move on to trade and other areas, such as foreign policy, financial services, police and judicial cooperation.

A transitional deal — in which the UK hops from full member to temporary partial member, en route to non-membership — could be reached August 2018.

While Westminster and Brussels appear to agree on the need to prioritize citizens' rights, to bring certainty to 3.5 million EU nationals in the UK and 1.2 million Britons in Europe, such consensus may be deceptive — the EU demands the European Court of Justice be the ultimate arbiter in resolving disputes on the issue, which may be unacceptable to hardline Brexiteers, who specifically seek to end the ECJ's jurisdiction over the UK.

The EU also wants EU nationals to continue living in the UK as if Brexit never happened, which would again make a mockery of "Leave" arguments around immigration from the continent. Davis is due to set out the UK's position on the issue June 26.

​The Brexit bill — the cost of leaving the bloc — is also undoubtedly going to cause consternation on both sides. A vast array of potential numbers have been suggested, ranging from US$45 billion to over $100 billion. Quite how much the final cost will be depends on the smoothness of the UK's secession. This may not be clear until 2018 or later. Moreover, diplomats on both sides of the English Channel worry May has made no attempt to prepare the public for the Brexit bill and other inevitable costs.

Neither hard nor soft but racist? Brexit, ethnic profiling and the Irish border  | Institute of Race Relations https://t.co/NOK8VKyUVe

​Questions over Irish border are said to have received the most focus on the first day of talks. This issue is a potential powder keg for the UK, given it has been suggested Brexit makes a reunified Ireland a very real possibility.

© Sputnik / Nikolai Gorshkov
From Both Sides of the Divide: A United Ireland or a Hard Border Named Brexit?

Brussels is opposed to a physical border between the "two" Irelands, and has published guidelines making clear member state governments have committed themselves to allowing Northern Ireland to rejoin the EU under the auspices of a united Ireland — without conditions or negotiations. In response, it's likely the Conservatives — and their informal junior partners, the Democratic Unionist Party (DUP) — will demand a hard border between the South and the North.

Interruptions and Deviations
There is much that could derail talks, although only temporarily — time, tide and the Brexit clock waits for no one. Even if May's government falls and another election is called in the UK, talks will still continue between unelected government representatives. Elections elsewhere in the EU could impact the UK's deal, but not the overall process. At most, in extreme circumstances, the UK may receive a few weeks' extension on the original deadline.

Harold Macmillan 1949:"I do not think [Council of Europe] can survive, still less achieve its purpose, without full British participation"

​Nonetheless, at any point in the talks, the UK could opt to change revoke its divorce letter — although once the country has left, there's no coming back. If in future, the public, or the government, wished to rejoin, they'd have to reapply all over again. Then again, the UK Prime Minister visiting Brussels cap in hand is a familiar sight — Harold MacMillan, Harold Wilson and Ted Heath all tried, and only Heath was successful.
...
Reddit
Google+
Blogger
Pinterest
StumbleUpon
Telegram
WhatsApp
43

And So It Has Begun: Brexit Talks