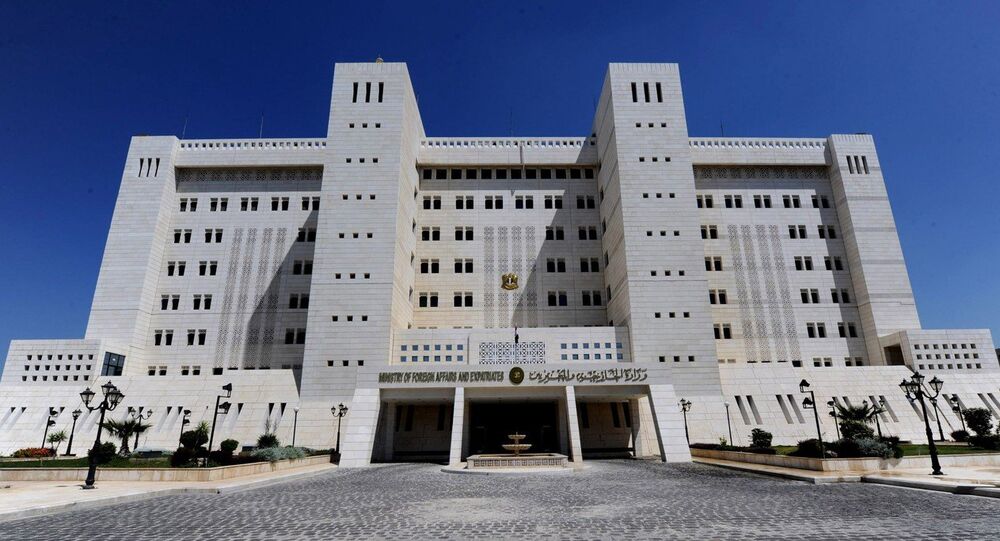 The Syrian Foreign Ministry demanded Monday that the UN Security Council condemn the actions of the US-led international coalition, which resulted in the shooting down of a Syrian combat jet in the province of Raqqa.

DAMASCUS (Sputnik) — In letters addressed to the UN Security Council and the UN secretary-general and published by the SANA news agency, the Syrian Foreign Ministry said the United States was trying to prevent the Syrian army and its allies from fighting terrorism on legitimate grounds on Syrian territory. The ministry also called for condemnation of the coalition's actions.

On Sunday, the US-led coalition issued a statement that Syrian aircraft attacked the positions of the Syrian Democratic Forces (SDF) south of the country's city of Al Tabqah. The coalition shot down the Syrian army's aircraft citing the "collective self-defense of Coalition partnered forces."

The coalition has twice struck Syrian-government aligned forces in the At Tanf area in Southern Syria, and Trump launched a missile strike against a Syrian air base in April.

Last month, Senators Jeff Flake and Tim Kane introduced a bill to update the 2001 Authorization for the Use of Military Force (AUMF), passed in response to the September 11, 2001 terror attacks.

Every president since George W. Bush has used the AUMF to conduct military operations in countries where it says terror groups are present, including Afghanistan, Iraq, Libya, Somalia, Syria and Yemen.