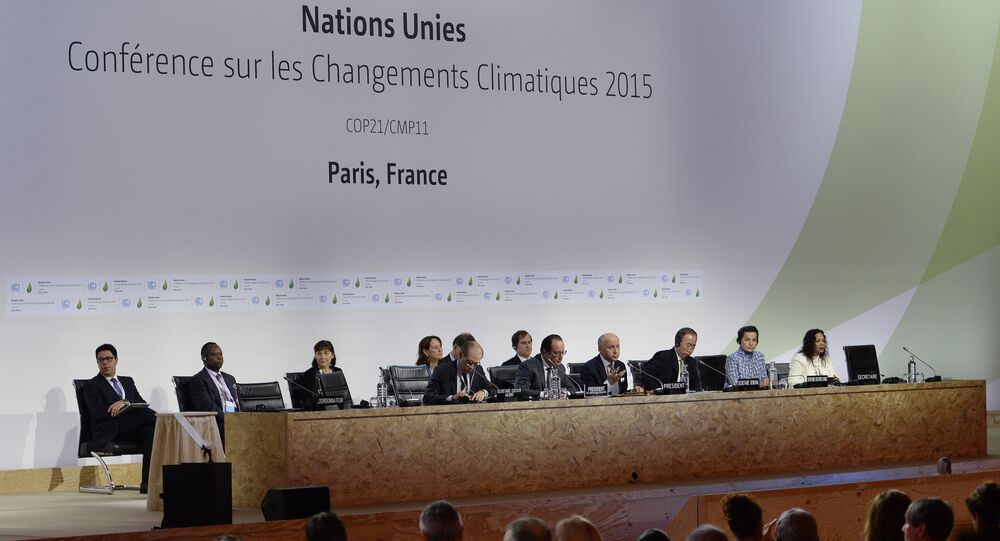 The Paris Agreement on climate change cannot be renegotiated, despite US President Donald Trump's calls to draw up a less ambitious deal, the Council of the European Union concluded on Monday at a meeting dedicated to the United States' recent decision to withdraw from the accord.

MOSCOW (Sputnik) — The Paris climate agreement was adopted under the United Nations Framework Convention on Climate Change in December 2015 and came into force in November 2016. The accord has been signed by more than 190 countries and ratified by nearly 150.

“The Council reaffirms that the Paris Agreement is fit for purpose and cannot be renegotiated. The Agreement is ambitious yet not prescriptive and allows each Party to forge its own path, in contributing to the goals that serve to combat climate change, which threatens development, peace and stability around the world,” the council said in a statement after a meeting of EU environmental ministers.

Earlier in June, US President Donald Trump announced that the United States would cease its participation in the 2015 Paris climate accord, saying that the pact was “very unfair” and would undermine the US economy. Trump's move has been condemned by a number of European leaders and officials.

“The Council deeply regrets the unilateral decision by the United States Administration to withdraw from the Paris Agreement,” the council stressed, reaffirming its support for the Paris deal.