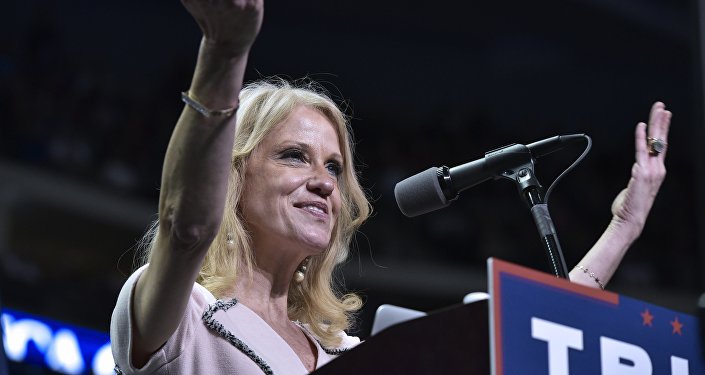 "The basic Twitter account of Al Jazeera has been blocked and we are trying to resolve this issue. Other accounts are operational. The obstacles will continue as they are afraid of truth. We will return," Yasser Abu Hilala, the director-general of the television channel, said on Twitter.

"The Twitter account of Al Jazeera's Arabic channel has been restored after being briefly suspended. The Doha-based network said Saturday's suspension appeared to be caused by an 'organized campaign,'" the broadcaster said in a statement.

According to the broadcaster, the ban took place as a result of a "a storm attack" caused by mass complaints on the account from other users. The number of Al Jazeera Twitter subscribers was not also restored at once, as instead of 11 million subscribers, which were counted before the suspension, the meter showed only 2,000 for some time.

© REUTERS / Peter Nicholls
Have at Thee! Netizens Mock Journalists 'Twitter Duel Challenge' to Daesh
On June 5, Saudi Arabia, the United Arab Emirates, Bahrain and Egypt broke off diplomatic relations with Doha and stopped all communication with Qatar, accusing it of supporting terrorism and interfering in their internal affairs. Later, the Maldives, Mauritius, and Mauritania also announced the severance of diplomatic relations. Jordan and Djibouti reduced the level of their diplomatic missions in Qatar. Senegal, Niger and Chad announced the withdrawal of ambassadors.

Following the move, the Saudi Ministry of Culture and Information closed the office of Al Jazeera and the TV channel lost its broadcasting license in the country. The Saudi ministry accused Al Jazeera of incitement of separatist sentiments in Saudi Arabia.