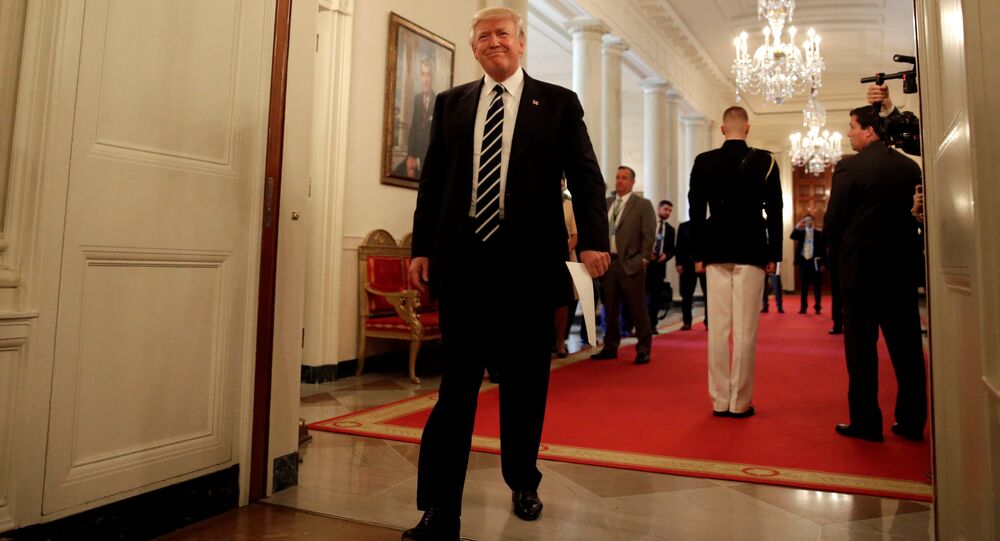 The US political establishment is using the story of Russia's alleged meddling in the 2016 US presidential election as a reason to start preparation of an impeachment procedure against President Donald Trump, the chairman of the Foreign Affairs Committee at the Russia’s Federation Council, said on Friday.

MOSCOW (Sputnik) — The United States has repeatedly accused Russia of meddling in the 2016 presidential election, with Moscow refuting all allegations.

"US establishment is preparing impeachment procedure against Trump, looking for legal grounds for it, and they are being found by the most primitive manner in anti-Russian hysteria," Konstantin Kosachev said at a meeting with German lawmaker Gernot Erler.

According to Kosachev, the story behind the alleged Russian interference with the US elections is "not about the interference itself, but about questioning the legitimacy of electing Trump."