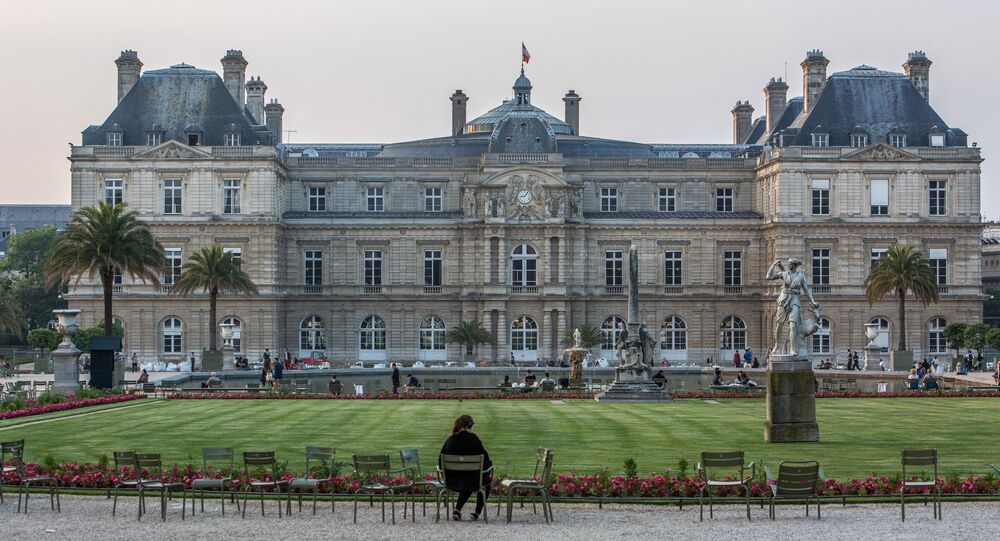 French President Emmanuel Macron's La Republique En Marche (REM) party is heading toward an unprecedented parliamentary majority, and is projected to gain up to 450 seats in the 577-seat French parliament, according to the Odoxa poll published on Friday.

PARIS (Sputnik) — The Republicans and Socialist party, REM's main rivals, are facing a considerable defeat. The center-right party is expected to gain 70-95 seats compared to the 194 gained by its predecessor Union for a Popular Movement's (UMP) in 2012. The socialists are meanwhile likely to plummet from their previously held 280 seats to around 30 in the new parliament.

© REUTERS / Christophe Petit Tesson/Pool
Macron's Election Victory Lays Bare 'Implosion' of Traditional French Parties
According to the poll, the right-wing National Front party will end up with somewhere between 1 and 6 seats, losing their chance to form a parliamentary group. Jean-Luc Melenchons’ left-wing Unsubmissive France will get some 8-17 seats.

Earlier in the day, Odoxa published a poll demonstrating that the majority of French citizens see the likely presidential majority in parliament as a "bad thing" for the country, and plan on abstaining in mass from casting their ballot this Sunday.

The second round of the parliamentary election in France is slated for June 18.

Maybe a Side Salad Instead? Eating French Fries Doubles Your Chances of Dying