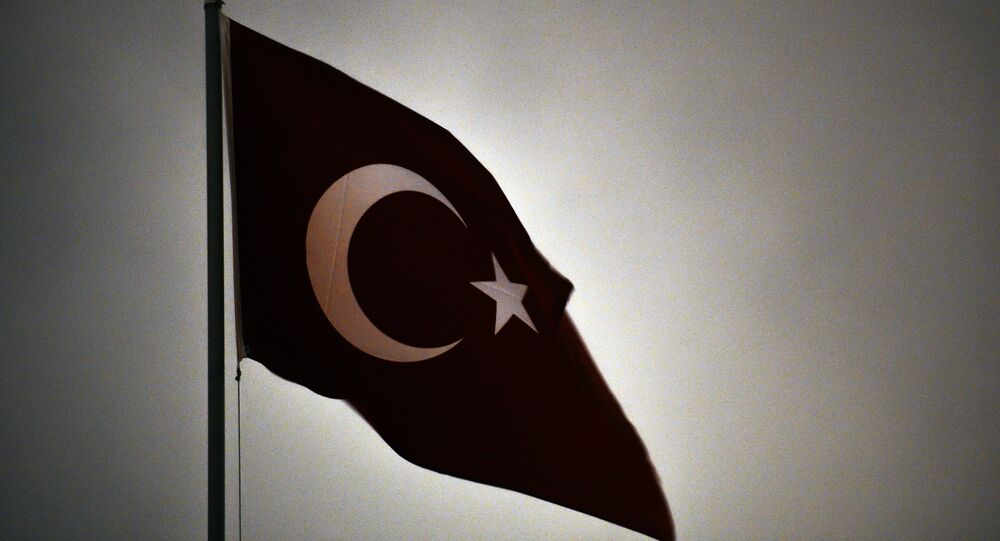 About one month after the incident, two Turkish men have been arrested by US Marshals, accused of assaulting peaceful protesters during the May Turkish embassy brawl in Washington DC, according to District police and the US State Department.

"Now that charges have been filed, the Department will weigh additional actions for the named individuals, as appropriate under relevant laws and regulations. Any further steps will be responsive and proportional to the charges," a State Department official told TheDC.

AP later reported that charges are going to be filed against 12 Turkish security agents for their role in the incident, with seven of them to be charged with felonies, citing a US official who insisted on anonymity.

The two suspects arrested were not named by the State Department, but DC police identified the men as 50-year-old Eyup Yildirim and Sinan Narin. Foreign Policy reported that DC police said that both men have been charged with felony aggravated assault and misdemeanor assault or threatened assault in a menacing manner. Yilidrim also faces a charge of felony assault with significant bodily injury.

​Yilidrim was detained in New Jersey and will go before a Newark judge. TheDC previously reported that he is the man in the video who kicks Lucy Usoyan, a protester, while she lies motionless on the ground. Usoyan, a Kurdish rights activist, says that she feared for her life during the fight and that she suffered head trauma that the hospital said would take her six weeks to fully recover from.

Narin, a resident of Virginia, also kicked the prone body of Usoyan. He previously claimed on Facebook that protesters ripped his shirt open and threw bottles at him, and he responded by punching and pushing protesters. He admitted to kicking Usoyan, claiming that he believed that she was a man. "I would never kick a woman," he wrote.

Yildirim, a construction company owner, is a supporter of Turkish president Recep Tayyip Erdogan. He and others showed up at the embassy in a counterprotest against those demonstrating against Erdogan's visit to DC. The protests swiftly devolved into a brawl where pro-Erdogan protesters and Turkish security personnel attacked the demonstrators while Capitol Police unsuccessfully tried to break things up. Eleven people were injured.

​"The Department would like to thank the Department of Justice and the investigative agencies for their diligence," the State Department said in a statement. The two federal agencies are investigating the incident alongside the Secret Service and DC police. "We are committed to holding those responsible for the violence on May 16 accountable. As we have previously stated, the events surrounding the conduct of Turkish Security personnel during President Erdogan's visit to the United States is troubling."

A few days after the incident, a Voice of America Turkey video surfaced online of Erdogan coolly watching the fight from the front of the embassy, with the footage even suggesting that Erdogan personally ordered his bodyguards to attack.

Although the conversations between Turkish officials can't be heard in the footage, sound editor Salih Ferad conducted an analysis of the tape for the Daily Caller. A presidential guard said "Servet says attack," according to Ferad; Servet Erkan was one of Erdogan's bodyguards who participated in the brawl, according to TheDC.

​Earlier in June, the US House of Representatives unanimously passed a bill condemning the Turkish government. Ankara meanwhile has blamed US and DC authorities for failing to control "belligerent" protesters who "provoked" security personnel.

Many of the security officers involved are unlikely to ever be arrested or charged with any crimes, being that they enjoyed diplomatic immunity as part of Erdogan's retinue and were seemingly acting on his direct orders.

But if the Americans can't penalize the Turks by arresting the suspects, they can reply with diplomatic pressure. Some lawmakers have called for the State Department to halt a planned $1.6 million sale of firearms to Turkish security forces as reprisal for the violence.