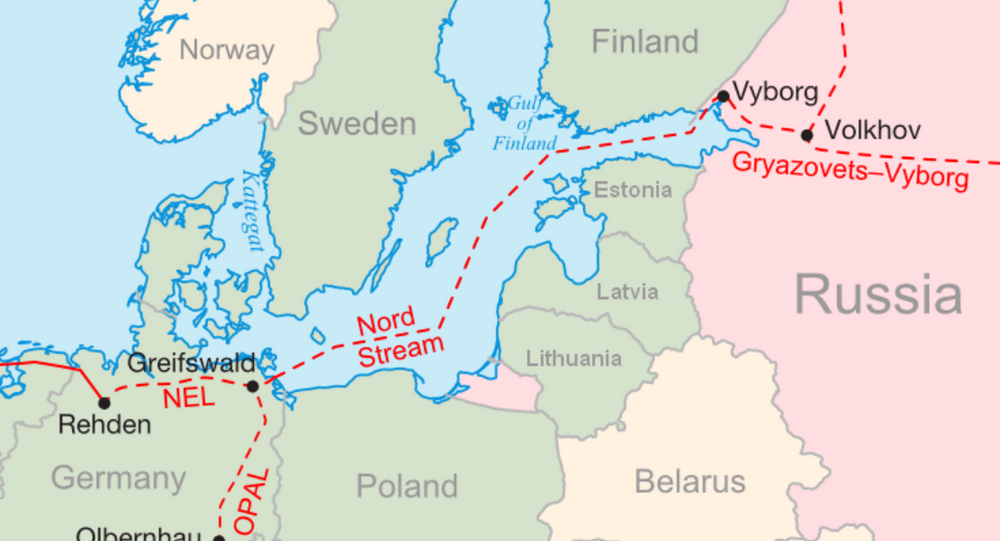 The European Commission has approved a special mandate for EU energy policy officials to conduct negotiations on the Nord Stream 2 gas pipeline project, despite Russian objections. Business news portal Expert.ru says Brussels may try to use the mandate to put pressure on Gazprom not to end Ukraine's status as a transit state for Russian gas.

Speaking with Russian officials in Astana late last week, Maros Sefcovic, vice president of the European Commission on Energy Union, confirmed that the EC had approved a special mandate to negotiate the pipeline project.

"Today we must present [the mandate] to the participating countries. We have the right not only to participate in the debate, but to offer supplements to the text [of the agreement]," the official said.

Speaking to Expert.ru, Kirill Yakovenko, an analyst from the Russian financial company Alor Broker, said that formally, the EC has presented the request for a mandate to negotiate with Russia as a way to insure Brussels against risks – from excessive influence by Gazprom on local energy markets, as well as compliance with the EU laws under the Third Energy Package.

In reality, the analyst noted, Brussels' concerns about Nord Steam 2's management are exaggerated, because once the gas arrives on EU (in this case German) territory, it automatically falls under existing EU energy legislation.

Yakovenko recalled that Europe already has six similar gas pipelines which pump similar volumes of gas, and where part of the route runs along a sea floor. In those cases, however, the EC did not deem it necessary to create a special mandate for further legal negotiations. In other words, the creation of special legal norms that only apply to Nord Stream 2 will become a precedent that may violate the principle of treating all gas suppliers equally, the analyst said.

Searching for the real reasons for the special mandate, Yakovenko suggested that Brussels may be hoping to pressure the Russian side to agree to certain conditions, including on issues which have nothing to do with Nord Stream 2 itself.

© Sputnik / Sergey Guneev
Ukraine Taking Measures to Prevent Nord Stream 2 Construction - PM
In any case, the analyst stressed that while EU officials may succeed in slowing down or temporarily the project, they would not be able to stop it, because the main questions concerning its legal status, as well as its technical characteristics, have already been given a green light by the parties involved.

According to Yakovenko, the EC may try to pressure Gazprom to moderate the volumes of gas it pumps through the new pipeline to maintain some percentage of Russian natural gas in the Ukrainian gas transit network.

Gazprom has made no secret of the fact that it wants to build pipelines bypassing unreliable gas transit states in Eastern Europe. In Ukraine's case, Gazprom's current transit contract ends in 2019, and the company has indicated that it has no plans to renew it. Kiev currently earns about $2 billion a year in transit fees. Ukrainian officials have said repeatedly that they would take all possible measures to prevent Nord Stream 2 from being built.

Mark Goikhman, a lead analyst for GC TeleTrade, told Expert.ru that it was plainly obvious that there are some circles inside the EU which are attempting to turn the economic project into a political one, partially given its commitments to support Kiev.

© REUTERS / Gleb Garanich
Ukraine Jumps on Polish Bandwagon, Hopes to Buy Norwegian Gas
Goikhman stressed however that with Europe facing a steady growth in demand for gas supplies, economic considerations should win out in the end. According to Gazprom's calculations, European demand for gas will rise from the current 400 billion cubic meters (bcm) a year to 545 bcm a year by 2025; by 2035, demand is expected to grow to up to 730 bcm a year. Domestic production, including that of Norway, is not expected to be able to cover the growth in demand, while LNG supplies from the US has proven unprofitable to American companies amid the current low prices.

In other words, the analyst noted that while Russian gas might not be politically kosher, it will cover Europe's expected deficit. With Nord Stream 2's 55 bcm per year capacity, along with Russia's prospective southern pipelines' capacity of 180 bcm more, some kind of compromise is likely to be found, possibly including some symbolic concession to Ukraine. According to Goikhman, the figure being thrown around right now is 15 bcm per year after 2019.

Nord Stream 2 is a joint venture pipeline project involving Russia's Gazprom, France's Engie, Austria's OMV AG, Royal Dutch Shell, and Germany's Uniper and Wintershall; once completed, the pipeline will pump Russian natural gas to Western Europe via Germany across the Baltic Sea, bypassing Eastern Europe. The launch of the pipeline, which will complement the first Nord Stream pipeline, is planned for 2018-2019.