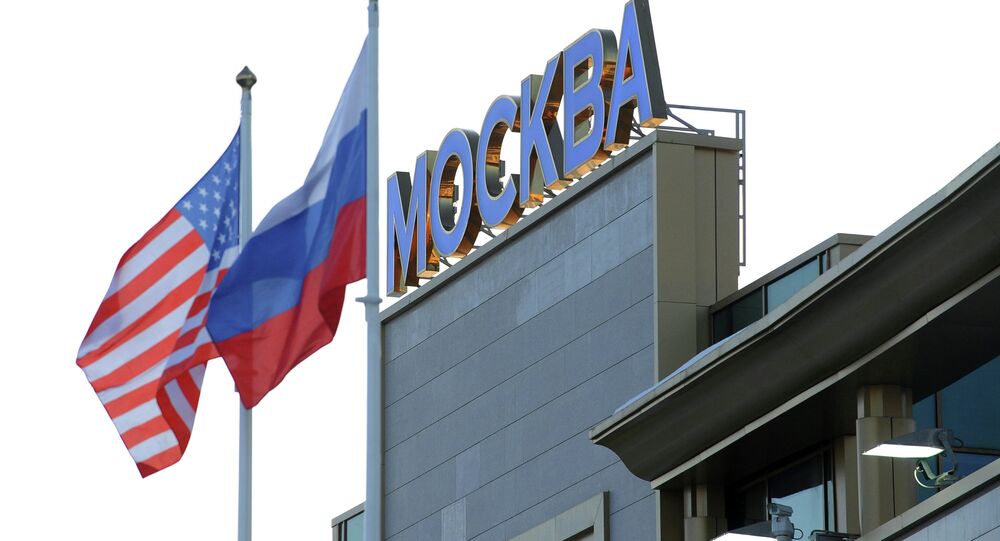 The most recent bill on US sanctions against Russia is an attempt to adopt a new Jackson-Vanik-like amendment, which affected the trade regime with countries that restrict human rights, US investor Kyle Shostak told Sputnik.

© REUTERS / Maxim Shemetov
US Sanctions to Restrict New Debt Dealings in Russian Finance, Energy Sectors
WASHINGTON (Sputnik) — Shostak commented on the sanctions prosed by the US lawmakers on Monday that aim to restrict debt dealings with Russian banks and energy companies to 14 days and 30 days.

"There is actually an attempt here to adopt new Jackson-Vanik," Shostak stated. "All the current anti-Russia sanctions have the nature of presidential decrees, they can be extended by the president for a certain period, as a rule for up to one year. Now there is an attempt to make these decrees a law as it was in the 1970s. These were sanctions that would become the law."

The Jackson-Vanik amendment to the Trade Act of 1974 is a provision of US federal law to affect US trade relations with countries that restrict human rights. Over time, the US authorities granted some countries conditional normal trade relations subject to annual review, while others were freed from the amendment. In December 2012, the Magnitsky Act was signed into law by former President Barack Obama, repealing the Jackson-Vanik amendment.

Shostak explained the new measures will be a major game changer because while the decrees can be canceled or extended, while the procedure to repeal the law is very difficult.

Shostak pointed out that if adopted, the law will negatively impact the Russian market.

"This will affect the psychological mood of the participants in eth market," he explained. "Before the measure becomes a law, the sanctions could have been lifted, or modified, but after it becomes a law such logic goes away, and people psychologically begin to understand that now there are no other options. This affects their behavior, how they then manage their assets."

However, Shostak noted the bill requires unanimous support to be adopted.

"Of course, there will be people who will not agree with it," he explained. "In recent months, there has been a bipartisan consensus on these issues, which, in general, does not look good for Russia. But it is still unclear if this bill will be adopted."

On Monday, the new measure was introduced in an amendment to an Iran sanctions bill that censures the Islamic Republic over its ballistic missile program.

© CC BY 2.0 / Kmccoy / United States Capitol
Senate Using Anti-Russia Sanctions to Hinder Trump-Moscow Dialogue - Russian MP
For the financial services sector, the bill would modify an existing directive to prohibit "the conduct by United States persons or persons within the United States of all transactions in, provision of financing for, and other dealings in new debt of longer than 14 days maturity or new equity of persons determined to be subject to the directive, their property, or their interests in property.".

With regard to the energy sector, the bill would prohibit "the conduct by United States persons or persons within the United States of all transactions in, provision of financing for, and other dealings in new debt of longer than 30 days maturity of persons determined to be subject to the directive, their property, or their interests in property."

The US Senate is expected to vote on the legislation this week.