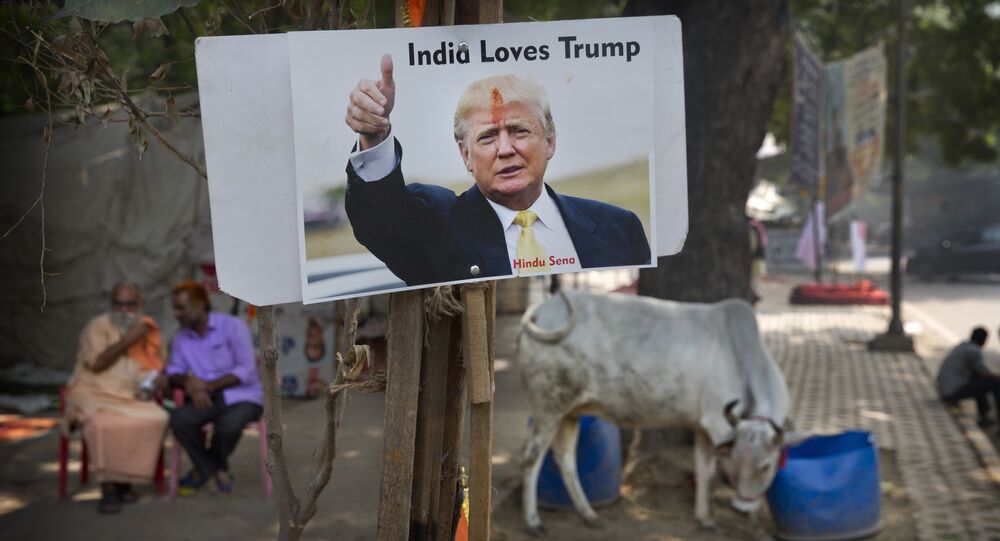 India to Get 'Trump Village' Ahead of Modi Visit to US

Ahead of Indian Prime Minister Narendra Modi’s visit to the US, a renowned social worker in India has announced that he will rename a village in the country after US President Donald Trump.

“I announce to name one village in India as Trump Village,” Bindeshwar Pathak, social reformer and founder of Sulabh International, a sanitation non-governmental organization, said.

“It will help in strengthening India-US relationship,” Pathak said.

This is not the first time such a thing has happened in India. Villages have been named after two other former US Presidents who visited the country when in office.

In 1978, a tiny village in Gurugram in the state of Haryana, near New Delhi, had been named Carterpuri, meaning the abode of the Carters, when then US President Jimmy Carter visited the village in 1978 during his India visit. In fact, Jimmy Carter’s mother Lillian Carter had worked in the area as a social worker during World War II.

Similarly, a small village called Rampur Manihara in the Saharanpur district of Uttar Pradesh is the abode of the Clintons. Villagers here supported and prayed for the victory of Hillary Clinton in the US presidential election 2016. The village has named their school after Bill and Hillary Clinton.

India Trumps US as World’s Most Attractive Renewable Energy Market