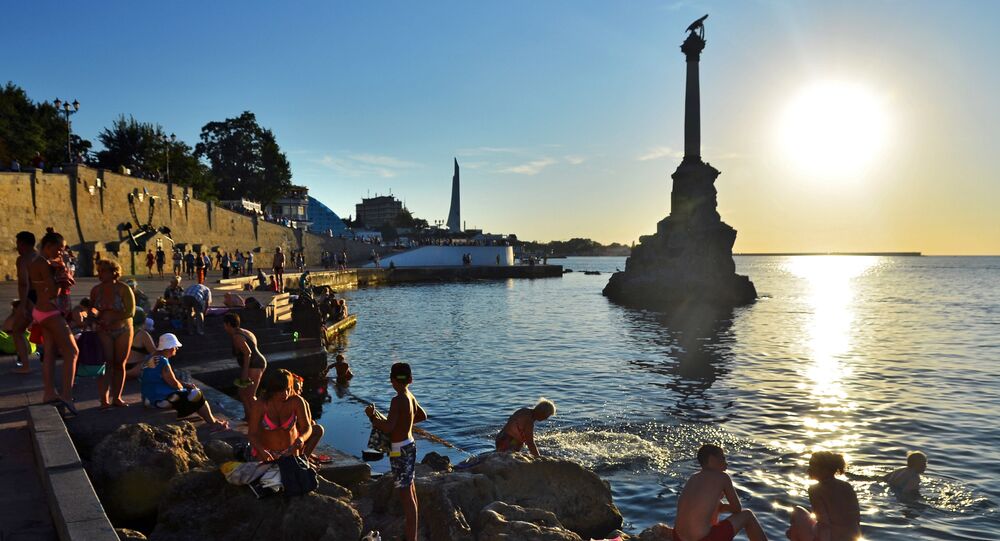 The Ukrainian Embassy in the UK has issued a sharp criticism of the Daily Mail, which ran a story effectively recognizing the city of Sevastopol and the Crimean Peninsula as Russian territory.

On Monday, the Daily Mail ran a small piece about a WWII-era German parachute mine that was discovered in the port city of Sevastopol, and taken to the open sea for safe disposal. The newspaper emphasized on three separate occasions that the mine was found "in Russia," prompting an infuriated Ukrainian Embassy in London to issue a pair of angry tweets.

Crimea is Ukraine.Despite the provocative @MailOnline article it achieves nothing&it would not assist Mr Putin in increasing his public fans pic.twitter.com/iDgSyKVecD

"Crimea is Ukraine," the Embassy fumed. "Despite the provocative @MailOnline article it achieves nothing&it would not assist Mr Putin in increasing his public fans," it added.

The Embassy then published a longer text using the hashtags "#Crimea is #Ukraine," urging the Daily Mail "to remind its readers about the UK's strong position on Crimea and that sanctions against Russia remain unchanged."

.@MailOnline We are clear: #Crimea is #Ukraine. pic.twitter.com/Nqc55bdJWJ

In its long telegram-style note, the Embassy even oddly suggested that "all acts operated by the Russian authorities on the temporarily occupied territory of Crimea, including all air and sea ports, - are illegal." By this logic, maybe the 'Russian authorities' should have simply left the dangerous WWII-era mine floating in Sevastopol Bay?

Sevastopol was founded by Russia in 1783 as a port for the Russian Black Sea Fleet. In that year, the Ottoman Sultan transferred control of the Crimean Peninsula to Russia.

© Sputnik / Artem Kreminsky
Daily Mail Casually Recognizes Crimea as Part of Russia
Like other parts of the Black Sea coast, Crimea was settled by Russians. Despite never having been ethnically Ukrainian, the peninsula was first nominally transferred to the Ukrainian Soviet Socialist Republic by Nikita Khrushchev in 1954. It remained an integral part of the Soviet Union until 1991, when the country collapsed, leaving Crimea part of an independent Ukraine despite being predominantly Russian in terms of language, heritage and ethnicity. Leonid Kravchuk, Ukraine's first president, was reportedly prepared to return Crimea to Russia, but Russian President Boris Yeltsin couldn't be bothered to address the proposal. For over two decades, the peninsula remained part of Ukraine, underfunded and neglected.

On March 18, 2014, following a referendum in which more than 80 percent of eligible voters participated, and more than 95 percent voted in favor of rejoining Russia, the peninsula finally returned home to Russia. Crimea's move came soon after the Maidan coup in Kiev the previous month; locals were concerned by the new Ukrainian authorities' anti-Russian attitudes and immediate move to eliminate the status of Russian as a second official language.