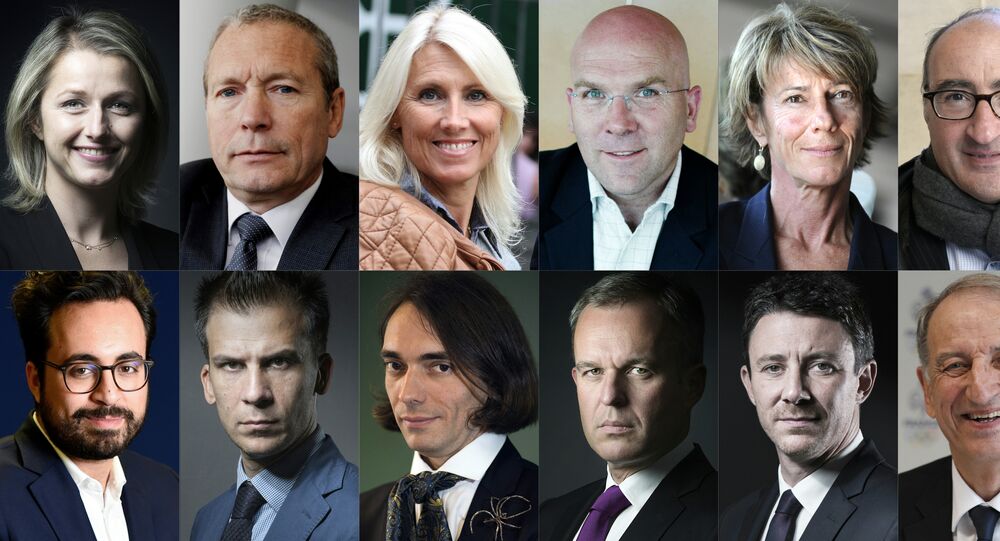 The members of French President Emmanuel Macron’s Republic on the Move (La Republique En Marche, REM) party will compete in the French legislative election, the first round of which is slated for Sunday.

MOSCOW (Sputnik) — On April 6, 2016, then-French Minister of Economics Macron founded En Marche! political movement in the northern French city of Amiens. The movement held itself out as an independent movement, which was not subsidized by the French government.

Macron stepped down as an economy minister in August 2016 and announced his decision to run for the French president in November.

Honesty, equality, renewal, political pluralism and consistency were proclaimed by Macron in January as the key principles of En Marche! movement at the parliamentary election.

© AFP 2020 / Chantal Briand
French Voters to Cast Ballots in First Round of Legislative Elections on Sunday
The former economy minister pledged in his election program to retain the 35-hour working week and bring unemployment down from 9.7 percent to 7 percent over the next five years. The politician spoke for reducing the civil servants number by 120,000 in the course of the presidential term and increasing the number of teachers in the country by 4,000-5,000. Apart from this, Macron’s presidential program proclaimed the need for the additional 10,000 policemen to ensure the public’s safety.

Macron named war against terrorism inside and outside France a priority in the country’s policies and called for an international anti-terrorist "road map."

On May 7, Macron won the second round of the French presidential election with 66.1 percent of the votes.

On May 8, the president-elect announced the renaming of En Marche! movement for La Republique En Marche. Apart from this, he resigned as a party leader and Catherine Barbaroux took over the leadership as the movement’s interim head. Richard Ferrand is the secretary general of the REM party.

On May 11, Ferrand said 214 men and 214 women were selected for the first list of the party’s parliamentary candidates 52 percent of whom had never been previously elected to a political office.