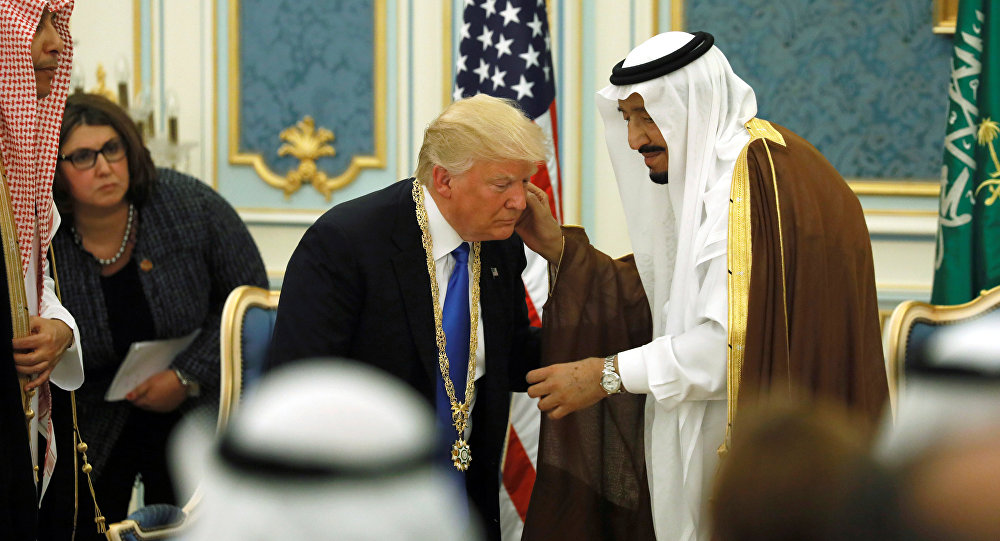 Qatar "rides the tiger of terrorism and extremism," UAE Minister of State for Foreign Affairs Anwar Gargash told The Associated Press. Expert in Middle East politics Grigory Lukyanov noted Riyadh’s plan against Doha was greenlighted by the US.

© REUTERS / Stringer
Why Saudi Arabia 'Punishes' Qatar and How Doha Could Respond
"There is nothing to negotiate" with Qatar over the ongoing diplomatic row in the Middle East and Doha should pay the price over its alleged funding of terrorist groups, the minister said.

According to the minister, the Qatari government’s "fingerprints are all over the place" in funding terrorism.

He claimed that among the terrorist groups sponsored by Doha are al-Qaeda’s branches in Syria and Somalia, militants in Sinai in Egypt and "al-Qaeda-type" organizations in Libya.

Gargash also said that Qatar should expel members of Hamas, stop its support of terror groups "with al-Qaida DNA" and rein in the many media outlets it funds, including Al-Jazeera broadcaster.

In an interview with Radio Sputnik, Grigory Lukyanov, an expert on the Middle East at the Moscow-based Higher School of Economics, noted that the current measures against Qatar are unprecedented but Doha has a large potential to resist.

"In 2014, some countries already cut diplomatic ties with Qatar, but there were not economic measures and restrictions. At the time, Qatar held out for eight-nine months. The current situation is much more complicated. At the same time, Qatar and its capability should not be underestimated, especially its financial capacities, its accumulated reserves and relations with other countries, first of all Turkey and Iran," Lukyanov pointed out.

According to the expert, those capacities would help Qatar to deliver a quick response to the blockade imposed by Saudi Arabia and the UAE. 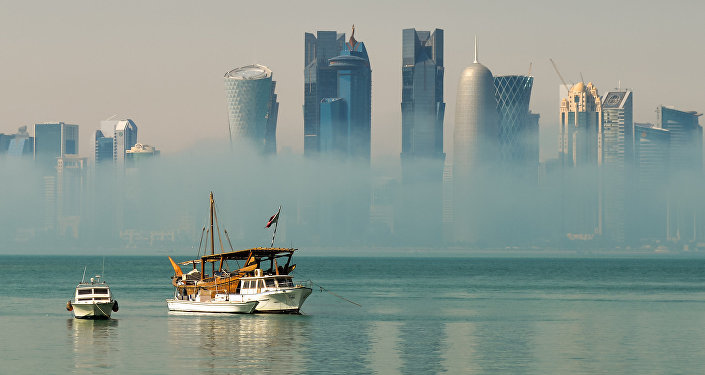 © CC BY 2.0 / Francisco Anzola / Mist burning off Doha Bay
US in Its Element: Let's Put Pressure on Qatar to Improve Its Policy, Ryan Says
"Gas supplies are the main source of income for Doha. Neither Kuwait nor Oman joined the blockade. The Strait of Hormuz remains open fir exports of Qatari gas," he said.

At the same time, Lukyanov underscored that neighbors have a number of serious claims against Doha.

"In recent years, Qatar has financially and politically support different groups, in order to strengthen its positions in the international arena. Thus, Qatar has expanded its influence and diversified tools of influence in the region. Of course, this sparked tensions with its neighbors," Lukyanov said.

He noted that until recently the fact that an American military base is stationed in Qatar prevented other countries from conflicting with Doha, but the situation changed after United States President Donald Trump’s recent visit to Riyadh.

"In fact, Trump greenlighted Saudi Arabia’s decision to deal with Qatar on its own, without Washington’s interference. As a result, we’re witnessing that Riyadh has engaged its plan," Lukyanov concluded.