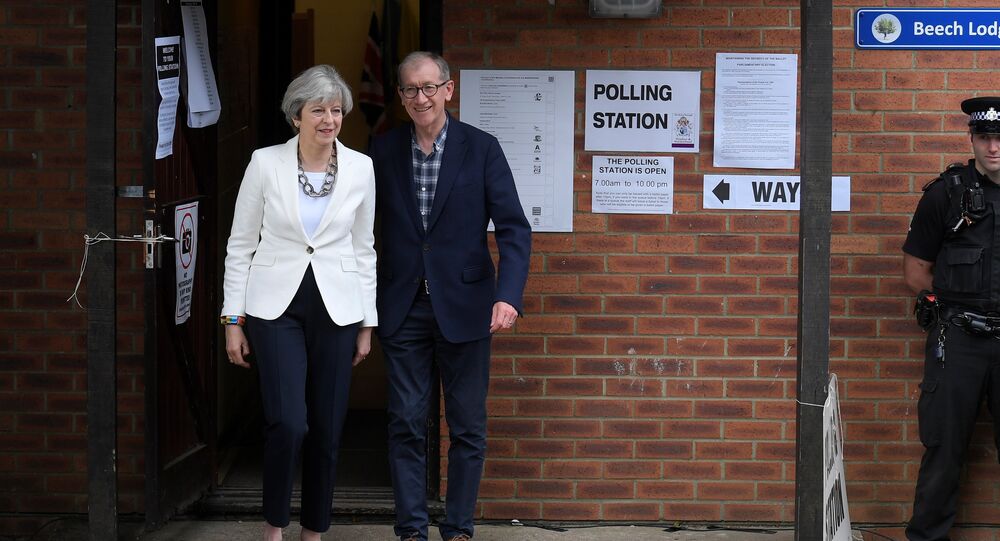 UK Prime Minister and the Conservative party leader Theresa May has cast her ballot at snap general elections taking place on Thursday, a Sputnik correspondent reported.

Voters need to determine the composition of Westminster after May unexpectedly announced snap election in April, intending to have a united parliament by the time of Brexit implementation in 2019 instead of facing new polls.

Despite the Conservatives' high popularity at the time of the announcement, the prospects of the ruling party's victory narrowed as the voting day approached, according to the polls. Recent terror attacks across the country fueled criticism over the Conservatives' security policy and specifically over the police cuts that Theresa May oversaw at the time when she was a Home Secretary. Ratings of the opposition's Labour party, on the contrary, have been gradually rising.