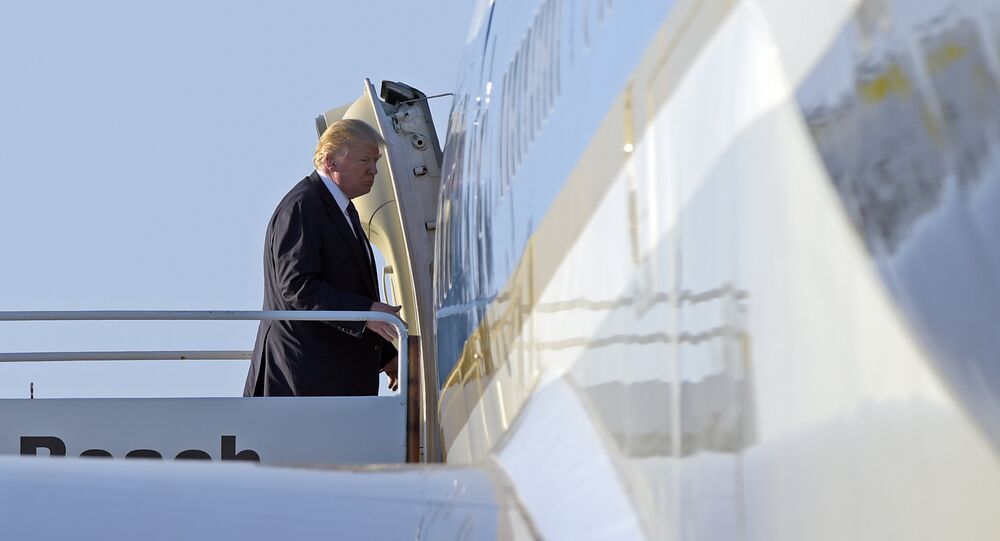 US Voters Would Really Like Trump to Stop Tweeting So Much

A new poll has found that most American voters want US President Donald Trump to stop, or at least curtail, his Twitter habit.

Amid the relentless stream of often incomprehensible tweets from the increasingly reviled US president, a new Politico/Morning Consult poll has recorded that American voters feel that Trump's use of the social media platform is bad, and that the president should tweet less, according to The Hill.

The Politico poll, released Wednesday, surveyed 1,999 US voters, and noted that 51 percent feel that Trump's tweeting is bad for the country's security.

The poll also found that 69 percent of those surveyed felt that the president makes use of Twitter too much and 59 percent agreed with the assertion that his use of the social media platform is bad.

The US president's use of Twitter as his primary means of public expression has left many — including those within his administration — baffled by 140-character presidential statements that are routinely considered to be ill-advised, offensive or alarmingly ignorant.

Poll findings studying the president's favored personal opinion amplifier found that 53 percent of respondents feel that Trump's tweets are diminishing the global reputation of the US, and 57 percent agree with the statement that the president's tweets are damaging to his administration, his supporters and his legacy.

The results crossed traditional political party boundaries, as 53 percent of Republicans interviewed stated that Trump tweets too much, according to The Hill. The poll found that 41 percent of Republican participants thought that Trump's tweets are good, as opposed to 37 percent who have a "bad" opinion of them.

Presidential historians and executive branch experts have observed that Trump's statements on the social media platform are increasingly running counter to the efforts of his own advisors and administrators.

The poll has a stated margin of error of 2 percentage points, according to Politico.