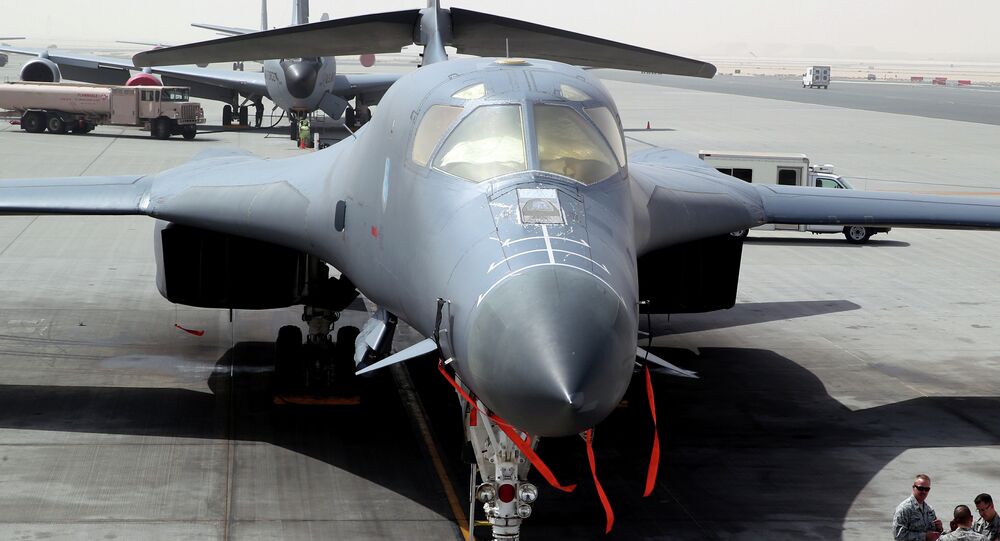 Contacts between the Russian and US militaries will continue at the US military base in Qatar despite the recent diplomatic row, US Ambassador to Russia John Tefft believes.

MOSCOW, June 6 (Sputnik) – US Ambassador to Russia John Tefft said Tuesday he believed that the contacts of the Russian and US servicemen on Syria carried out at the US base in Qatar would continue.

"I would assume that the contacts that go on between the Russian military and the American military at that base will continue," Tefft told reporters when asked whether the counterterror cooperation between the countries, carried out at the US base in Qatar, would continue.

© REUTERS / Fadi Al-Assaad
What Trump, Iran Have to Do With Diplomatic Scandal Around Qatar
Meanwhile, Iran’s role and participation in the issue of de-escalation zones in Syria is one of the main concerns of the United States in the matter, US Ambassador to Russia John Tefft said.

Speaking to reporters, Tefft said that the United States was just an observer in the Astana process, not a guarantor, and it had several questions regarding this process even though Washington supported it overall. The United States still have questions about it, with Iran’s role as a guarantor the main one.

According to the ambassador, the United States does not believe that Iran plays a positive role in the Syrian settlement process.

John Tefft also said that the US believes it is important to preserve unity among the Gulf Cooperation Council's members in light of the ongoing Qatar row and Washington is ready to assist the dialogue to resolve the current crisis.

"Looking at some press today, there is all kinds of diplomacy going on in Gulf…but the US position is one of support for the Gulf Cooperation Council for resolution of the differences that have caused this break," Tefft said at a news briefing in Moscow.

Tefft reiterated US State Secretary's remark that is important that the Gulf Cooperation Council countries remain unified and the parties sit down together and address their differences.

"And if there is any role that we, the United States, can play in terms of helping them address those, I think we are ready to do it…," he stressed.

Saudi Arabia, Bahrain, the United Arab Emirates and Egypt announced on Monday a break in diplomatic relations with Qatar, accusing Doha of supporting terrorist organizations and destabilizing the situation in the Middle East. The authorities of eastern Libya, Yemen, as well as the Maldives later also announced the severance of relations with Qatar.