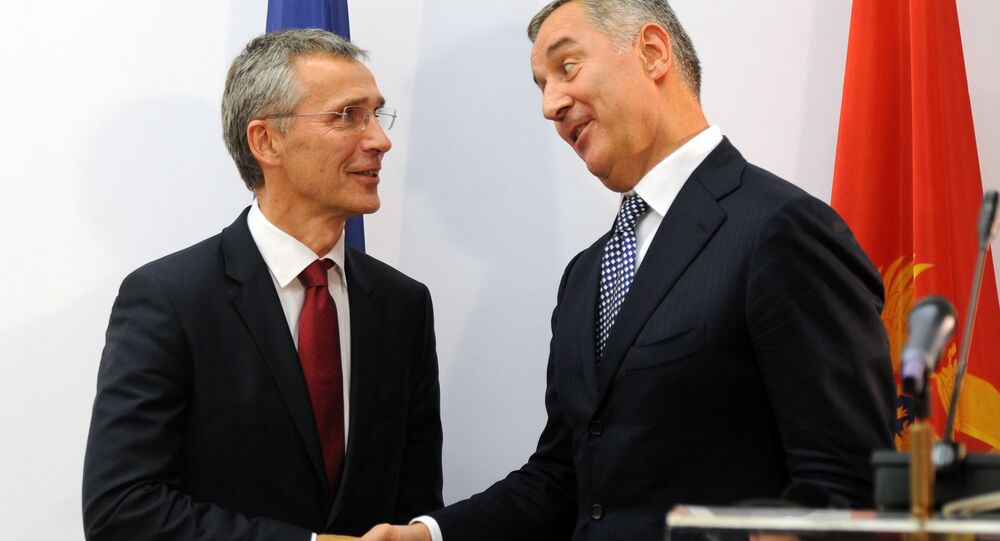 The Russian foreign minister reiterated that Montenegro's government followed the trodden path of accusing Moscow of meddling just for the sake of justifying its own desire to join NATO.

"The fact that they [Montenegrin authorities] decided to justify their accession to NATO by some machinations on the part of Moscow, including interfering in their elections, sending some spies, scouts, recruiting relevant politicians — this is all unscrupulous," Lavrov addressing the audience at the Immanuel Kant Baltic Federal University.

According to the minister, "the Russophobic campaign, which has been unleashed against the background of the drive to join NATO, shows that Montenegro does not care about any pan-European principles, but wants to sell its anti-Russian statements as expensive as possible."

© AP Photo / Risto Bozovic
Montenegro's Accession to NATO is 'One of the Biggest Betrayals in History'
Podgorica was invited to join the 28-nation military alliance in December 2015. Montenegrin authorities accepted the invitation that caused protests in the Balkan nation. On May 19, 2016, NATO member states signed the accession protocol. According to NATO's website, the accession process is expected to finish by June 2017.