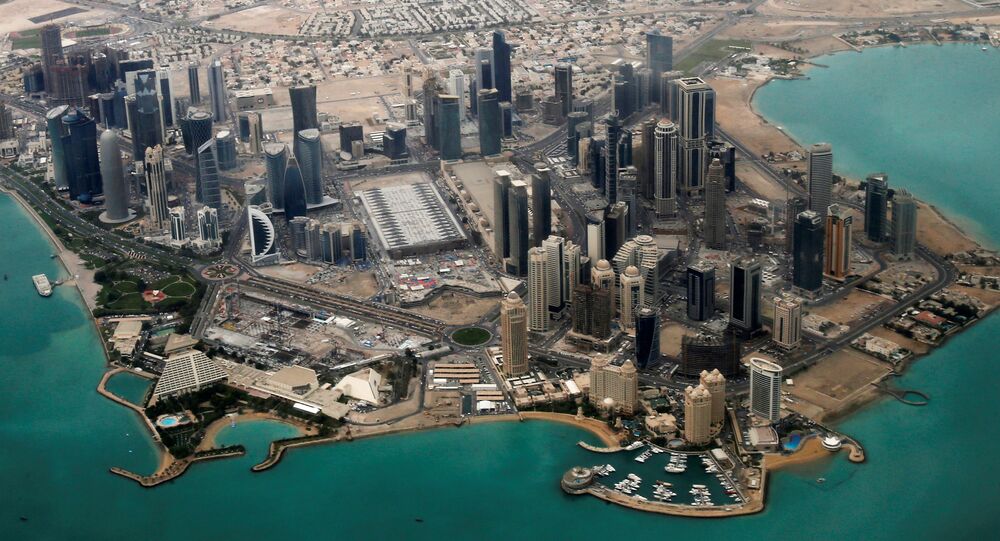 On Monday, over half-a-dozen Arab and Muslim states led by Saudi Arabia cut off relations with Qatar, ostensibly over the latter's support for terrorism and interference in other countries' internal affairs. Speaking to Sputnik, George Washington University professor Atef Abdel Jawad commented on the US position in this diplomatic crisis.

In the early hours of Monday morning, Saudi Arabia, the UAE, Bahrain and Egypt announced that they had severed diplomatic relations with Qatar. Hours later, Libya, Yemen and the Maldives announced that they too had cut ties. Riyadh kicked Qatar out of its coalition in Yemen; Yemen alleged that Qatar was providing support for the Shiite Houthi rebels. Collectively, the countries accused Qatar of supporting terror groups such as the Muslim Brotherhood, and of engaging in efforts to destabilize countries in the region.

© CC0 / Pixabay
Saudi-Led Isolation of Doha 'Aimed at Bringing Qatar to Heel' Over Iran Stance
Doha protested, calling the countries' decision "unjustified," and "based on assertions without foundation."

Amid the crisis, US Secretary of State Rex Tillerson urged the Gulf Cooperation Council and Qatar to resolve their differences and stay united.

"We certainly would encourage the parties to sit down together and address these differences, and we – if there's any role that we can play in terms of helping them address those, we think it is important that the GCC remain unified," Tillerson said.

The US's close partnership with Saudi Arabia, strengthened recently following President Donald Trump's visit to the region, is nuanced by the fact that America's largest military base in the region – the Al Udeid Air Base, is based in Qatar.

© CC BY 2.0 / Francisco Anzola / Doha skyline
Qatar 'Far Less Dangerous Than Saudi Arabia' Despite Riyadh-Led Terror Sanctions
Speaking to Sputnik about the diplomatic crisis, George Washington University professor Atef Abdel Jawad explained that the US position can be expected to have at least two elements.

"First, the US always says that bilateral crises between any countries concern, above all, those two countries themselves, and that the US does not interfere in bilateral relations. In the situation regarding Qatar, this is [said to be] an internal issue involving Bahrain, Saudi Arabia, Egypt and the UAE."

At the same time, however, the academic added that it can certainly be said that "the US is dissatisfied with Qatari links to terrorist organizations and their financing." According to the observer, Qatar's position runs contrary to President Trump's efforts against terrorism and extremism. For instance, Qatari state media invites commentators who call for Christians to be killed. The emirate is home to people who have provided financing for al-Qaeda. "We know how the US feels about those who support and finance al-Qaeda," Jawad said.

The observer recalled that as far back as 2015, then-Secretary of State John Kerry complained about Qatari financing for terrorist groups. Its from these kinds of statements that the nuances of US policy can be determined, according to Jawad.

"Right now in America, there are voices proposing adding Qatar to the list of state sponsors of terrorism. But it has not happened for several reasons. First of all, Qatar hosts Al Udeid Air Base. Washington is interested in maintaining this base, which is a critical strategic point for the US in the region."

© CC0
Qatar's Fall From Grace a Blessing for Oil-Dominated Economies
"Secondly, Qatar is needed for its secret ties with the terrorist groups. The US, the countries of Western Europe and other leading powers officially declare that they do not conduct any negotiations with the militants and have no ties with them. This role is played by Qatar." Finally, Jawad recalled, "Qatar is helping with the release of European hostages who have been abducted by terrorists."

Ultimately, Jawad noted that for the time being, the US is content simply with expressing its dissatisfaction with Qatar's policy. "In the future, if Doha does not change its policy, we may see more decisive action by the US in relation to this emirate."