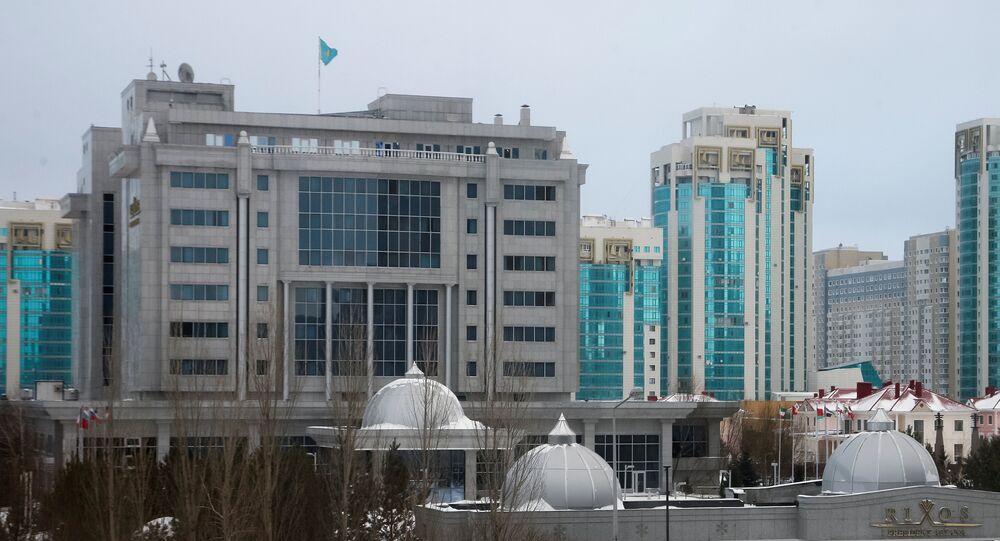 The progress of the Astana talks on the Syrian settlement may be threatened by states cutting off diplomatic relations with Qatar, depending on Turkey and Iran's involvement in this diplomatic standoff, Tarek Ahmad, a member of the Damascus Platform opposition group and a member of the Syrian Social Nationalist Party (SSNP), told Sputnik on Monday.

"I believe, it can affect next Astana rounds. Astana is supported by 3 countries such as Russia, Iran and Turkey. Turkey and Iran are likely to support Qatar in this dispute and we could see that further developments may complicate the situation around Syria, when Iran and Turkey find themselves against Egypt and Saudi Arabia," Ahmad said.

Turkish Foreign Minister Mevlut Cavusoglu said earlier in the day that Ankara was "saddened" by the situation and urged for dialogue despite the existing disagreements.

"It is in the interest of Turkey and Iran to achieve results before the chances of Astana process are undermined by the regional confrontation," Ahmad said.

© CC BY 2.0 / Francisco Anzola / Doha skyline
Qatar 'Far Less Dangerous Than Saudi Arabia' Despite Riyadh-Led Terror Sanctions
Four rounds of negotiations on the Syrian conflict were held in the Kazakh capital city, Astana, on January 23-24, February 15-16, March 14-15 and May 3-4. During the latest round, the guarantor countries of a nationwide Syrian ceasefire regime — Russia, Iran, and Turkey — agreed to establish four safety zones across the country.

On Saturday, Syrian Ambassador to Russia Riyad Haddad told Sputnik that the new round of talks on the Syrian settlement in the Kazakh capital of Astana was scheduled for June 12-13.