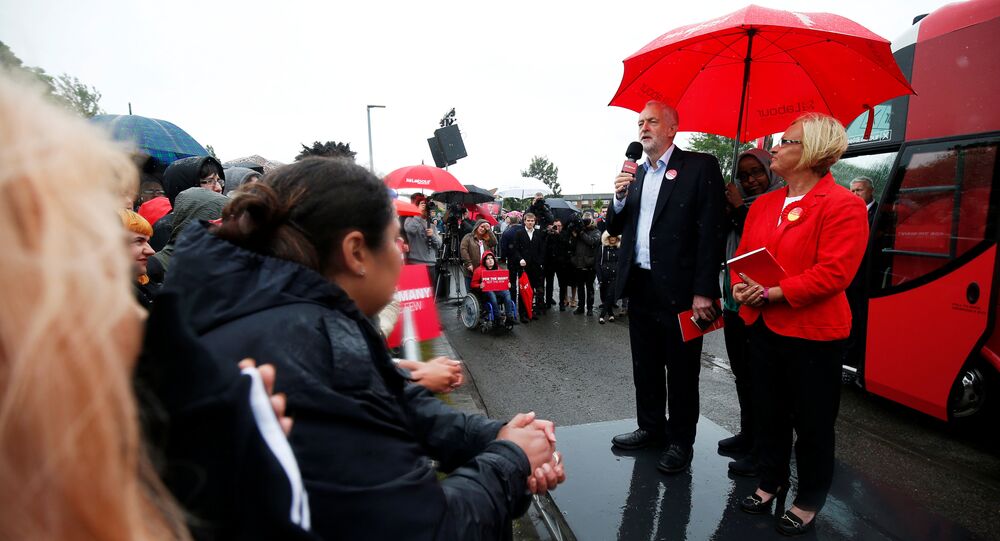 MOSCOW (Sputnik) — The UK Labour Party improved its positions by 1 percentage point over the past week, though the Conservatives still maintain a 11-percent lead over the Labour three days ahead on general election, a fresh ICM poll showed Monday.

© REUTERS / Hannah McKay
PM May: UK General Election to Proceed on June 8 Despite London Attack
The Liberal Democrats might secure support of 8 percent of voters, while the UK Independence Party (UKIP) is set to receive 5 percent.

The chances of the Conservatives, Lib Dems and UKIP remained unchanged, compared to the previous poll, conducted on May 30.

UK Conservatives Down 1% in 1 Week to 45%, Retain Lead Over Labour