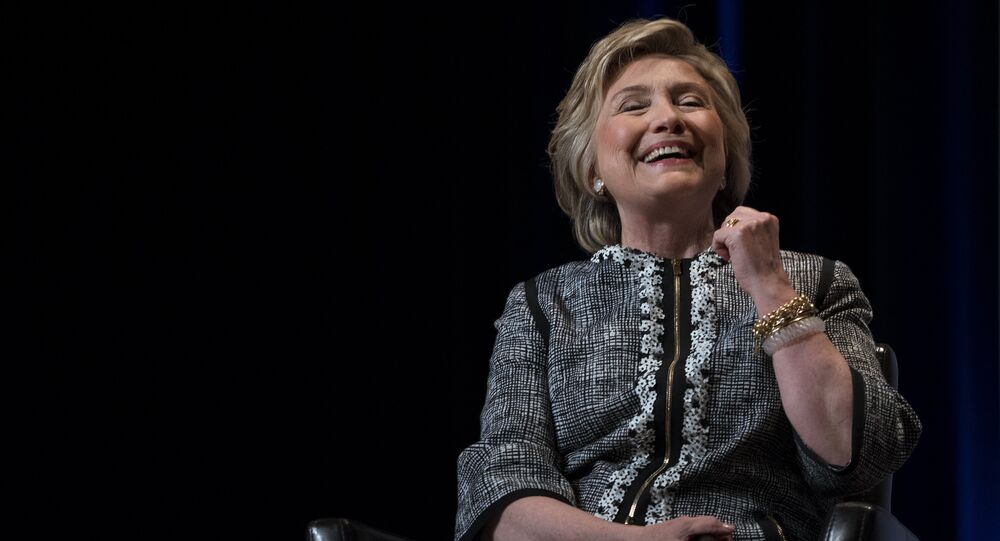 In explaining her reasoning for the stunning November 2016 Democratic presidential loss, former candidate Hillary Clinton has seriously alienated the political party that chose her as their primary representative.

© AP Photo / Patrick Semansky
US House Democrat Questions Trump Adviser Conway's Ties to Polling Firm
Democratic Party operatives on Capitol Hill — and many others across the US — while sympathizing with Clinton's sense of loss, are asking that she back off with the finger-pointing, saying that it is hurting a party that needs to win big in the upcoming 2018 mid-term elections.

During a speech at a conference in California last week, the former US Secretary of State asserted that she had "inherited nothing from a ‘bankrupt' Democratic Party," according to Recode.com.

And at a recent commencement speech Clinton angrily declared, "When people in power invent their own facts, and attack those who question them, it can mark the beginning of the end of a free society."

"That is not hyperbole," the former candidate added. "It is what authoritarian regimes throughout history have done. They attempt to control reality, not just our laws and our rights and our budgets, but our thoughts and beliefs."

Democratic party members and staffers were quick to comment on her recent attacks.

Democratic strategist Brad Bannon, in suggesting that Clinton is simply getting something off her chest, remarked that he was "not sure there is a political strategy here," adding that, "It sounds to me like more of a personal strategy."

Close aides and longtime advisors acknowledge that the former New York Senator will never again run for public office, pointing instead to the likelihood that she will soon be promoting a new book.

Many Democrats are relieved to think that they can move on from the stunning November 2016 election loss, including one former senior aide to Obama, cited by The Hill, who offered that Clinton "needs to now take a break and let others come to the forefront."

Former aide to President Barack Obama and newly appointed Democratic National Committee Chairman Tom Perez suggested that Clinton's criticism could make it difficult for a younger generation to take the reins of the embattled party.

"It's hard to do that when you have the former nominee out there in a newsy, aggressive manner," Perez said.

One former unnamed Clinton aide suggested that for her to "go out there publicly again and again and talk about it? And then blame the DNC?" was "not helpful to Democrats."

"It's not helpful to the country," added the unnamed aide, cited by The Hill, "and I don't think it's helpful to her."