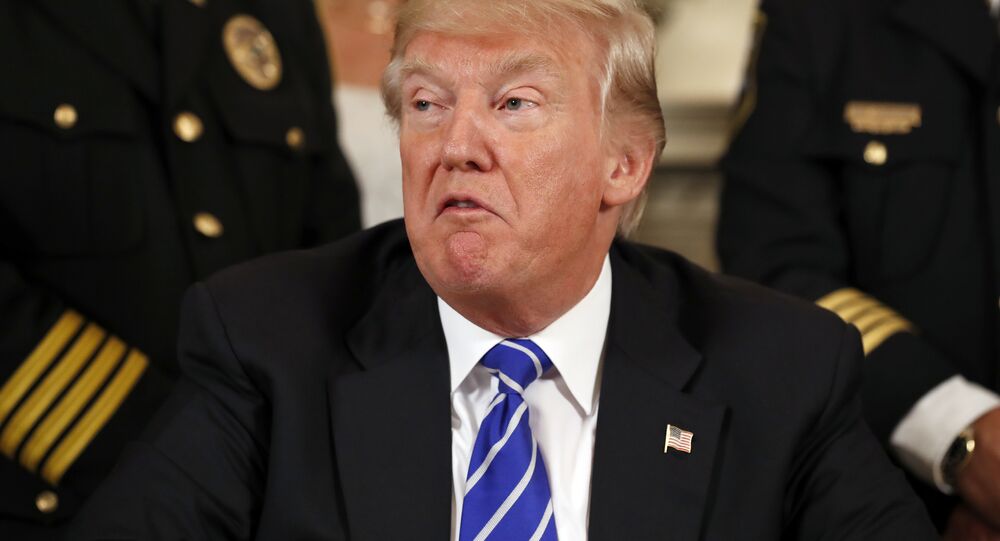 Before tweeting support and sympathy to the UK following Saturday’s deadly terror attacks at the London Bridge and Borough Market, US President Donald Trump took advantage of the tragedy to promote his immigration policy. That didn’t sit well with some.

Seeking to fulfill a campaign pledge by pushing through an unpopular immigration policy already blocked twice in US courts, US President Donald Trump tweeted in the wake of on Saturday's attacks in London, "We need to be smart, vigilant and tough. We need the courts to give us back our rights. We need the Travel Ban as an extra level of safety!"

Many in the US saw Trump's tweet to be a form of opportunism by his close advisors to promote the president's agenda in the wake of tragedy.

Iranian-born CNN host Reza Aslan, a US citizen, echoed those sentiments in a since-deleted tweet.

Aslan, who hosts a CNN show about religion, also referred to the 45th US president as a "man baby," according to Reuters.

The administration of Donald Trump, however, has doubled down in its attempts to close US borders and issue edicts banning lawful immigration into the country.

In a Sunday tweet, Trump ratcheted up the fear, asserting that Washington "must stop being politically correct and get down to the business of security for our people. If we don't get smart it will only get worse."

Trump's Sunday tweets follow a Saturday night statement from the US Department of Homeland Security (DHS), asserting that: "At this time, we have no information to indicate a specific, credible terror threat in the United States."

The president's push to implement a travel ban for citizens of predominantly Muslim countries has been blocked twice in lower courts. Trump's administration last week rushed an emergency request to the US Supreme Court to reinstate the ban.

Many lawmakers on Capitol Hill consider Trump to be wrong in his thinking, and refute what they refer to as the president's "discriminatory" ban.

Aslan apologized on Sunday for his remarks.

On Saturday at 22:08 PM local time, a van struck pedestrians on London Bridge. The vehicle with three suspects then drove to Borough Market, where the suspects left the vehicle and carried out a stabbing attack at the market. The attackers were confronted by the police and shot dead within minutes. Seven people were killed in the attacks, and dozens are in critical condition in London hospitals.