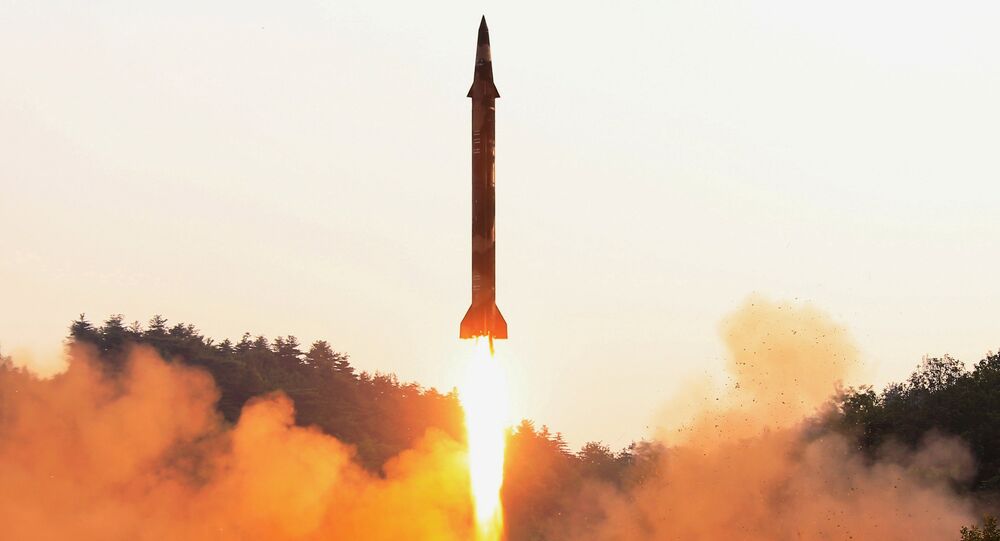 The abuse of power in global politics leads to problems like the situation around North Korea, adding that Pyongyang defends itself from external pressure, Russian President Vladimir Putin said Friday at the St. Petersburg International Economic Forum (SPIEF).

ST. PETERSBURG (Sputnik) — Force used by the West with regard to some countries in the Middle East and North Africa has led small countries like North Korea to acquire nuclear weapons to protect themselves, he said.

"Let us agree on a unified understanding of norms, fundamental principles of the international law and adhere to these rules. Because as long as there are none, as long as the rule of the strongest, the fist law, is being implemented, we will encounter problems that we are now witnessing in North Korea," Putin said during a SPIEF-2017 session.

© AFP 2021 / PAUL J. RICHARDS
Washington Using 'Obsolete' Tactic by Imposing Sanctions on Russia Over N Korea
The Russian president said that the DPRK cannot find another way to defend itself other than to develop its nuclear program and other states can also follow this move.

According to the president, small countries see no other way to protect their independence, security and sovereignty than by acquiring nuclear weapons, which is a result of abuses of power.

"[They] destroyed Iraq, Libya, were close to destroying Syria. Stirred up the situation in Egypt, Tunisia, leaving them in a terrible state, let alone the processes that occurred in other countries such as Somalia. After that [they] got to the so-called post-Soviet space… And supported a coup d'etat [in Ukraine]… This is a support for the armed seizure of power," the Russian president said.

SPIEF, held in Russia's second largest city of St. Petersburg between Thursday and Saturday, is a major global platform for communication between business representatives and the discussion of crucial economic issues. Sputnik News Agency is an official media partner of the forum.