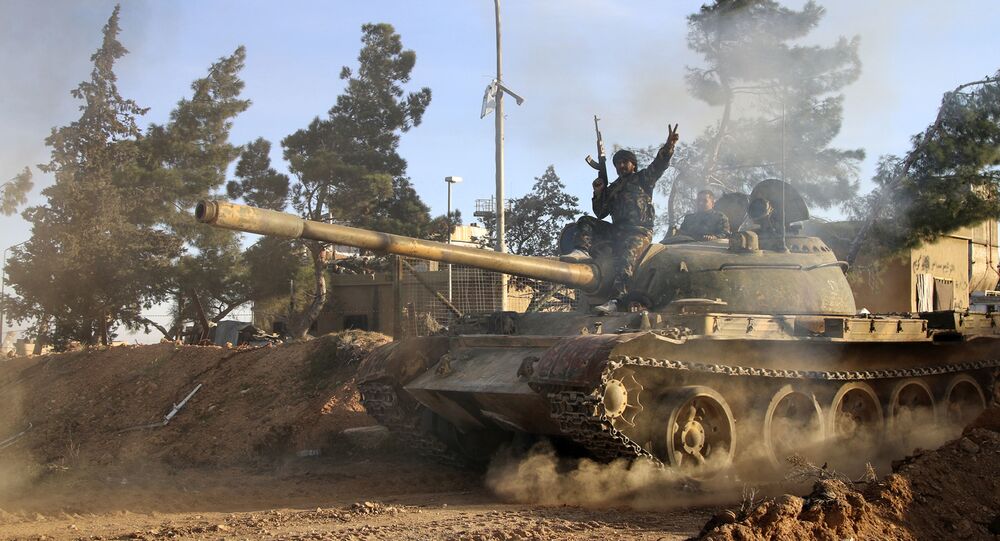 The United States wants to monopolize the victory over Daesh in Raqqa, using it as a public relations stunt, defense analyst Boris Rozhin told RT.

"The United States is not interested in Turkey and Russia participating [in the operation aimed at liberating Raqqa] due to image issues. Washington wants to announce that [the US-led forces] have captured Daesh's main stronghold in Syria despite the fact that the terrorists have already said that they are going to move their 'capital.' This is political PR, an element of political competition," he said.

© REUTERS / Rodi Said
Washington 'is Going to Want to Occupy Certain Portions of Syria'
The analyst mentioned that Moscow is not particularly interested in storming Raqqa since this operation is going to be "extremely challenging."
Political analyst Anton Mardasov, who heads the department of Middle East conflicts at the Moscow-based Institute for Innovative Development, shared these sentiments.

"It is extremely hard to carry out an offensive in any city occupied by Daesh. These efforts have also been complicated by ethnic animosities among the forces tasked with recapturing these cities. It is an open secret that Arabs fighting as part of the Syrian Democratic Forces (SDF) do not enjoy cordial relations with Kurdish militias. In general, those who live under Daesh's rule have usually been infected with their ideas. This is why it is hard to advance into such areas," he explained.

© REUTERS / Rodi Said
Daesh Militants Leave Raqqa, Cross Euphrates Despite Kurdish, Coalition Encirclement - Russian Military
The Pentagon has tasked the SDF with liberating Raqqa, Daesh's last major urban stronghold, since Kurdish fighters have turned out to be the most efficient ground force capable of tackling extremist groups. The protracted campaign, formally known as Operation Wrath of Euphrates, was launched in November 2016, with the SDF currently focused on encircling the city.

Rozhin warned that even if the US-led forces push the brutal group out of the city, they would not be able to defeat it.

"The Raqqa offensive would not help to solve the issue. Daesh is not going anywhere," he said.