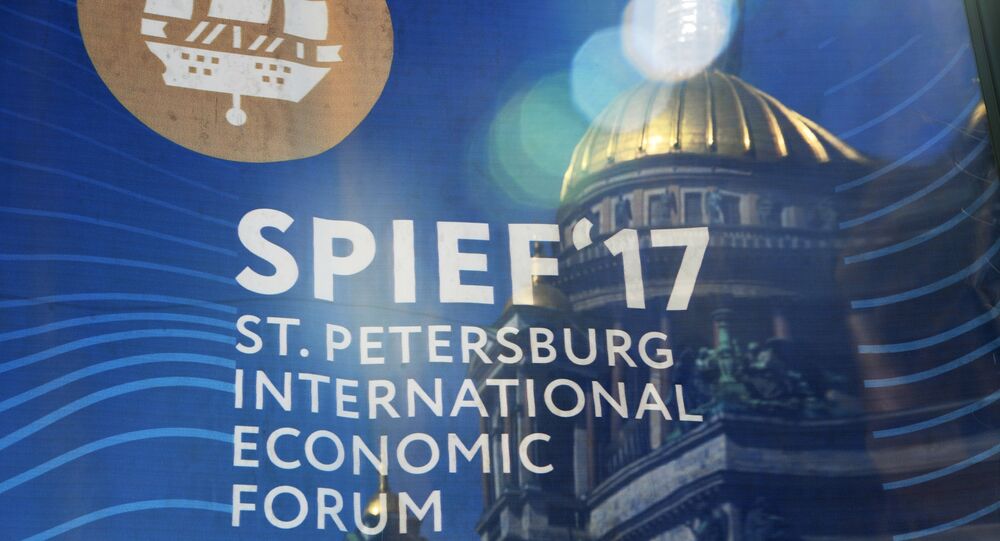 The SPIEF's high number of participants from all over the world, as well as numerous scheduled negotiations between Russian and international partners, refute any claims about Russia’s global isolation, Maria Zakharova, the spokeswoman for the Russian Foreign Ministry, said Thursday.

MOSCOW (Sputnik) — The specter of Russia's growing isolation appeared when relations between Russia and the West deteriorated amid the Ukrainian crisis in 2014.

© REUTERS / Dmitri Lovetsky/Pool
Putin Explains at SPIEF-2017 What's Behind Russophobia
Brussels and Washington have placed the blame for the eastern Ukraine conflict on Moscow, even though Russia refuted the allegations.

“Today, attending this forum [St. Petersburg International Economic Forum], the atmosphere, the number of international guests and scheduled negotiations are enough to not even seriously think about whether or not there is isolation, ” Zakharova said while aired by the Rossiya 24 broadcaster.

The spokeswoman noted that right after the concept of Russia’s isolation was introduced, its immediate failure was obvious as total isolation of the country is unrealistic.

SPIEF, held in Russia's second largest city of St. Petersburg between Thursday and Saturday, is a major global platform for communication between business representatives and discussion of crucial economic issues. Sputnik International News Agency is an official media partner of the forum.