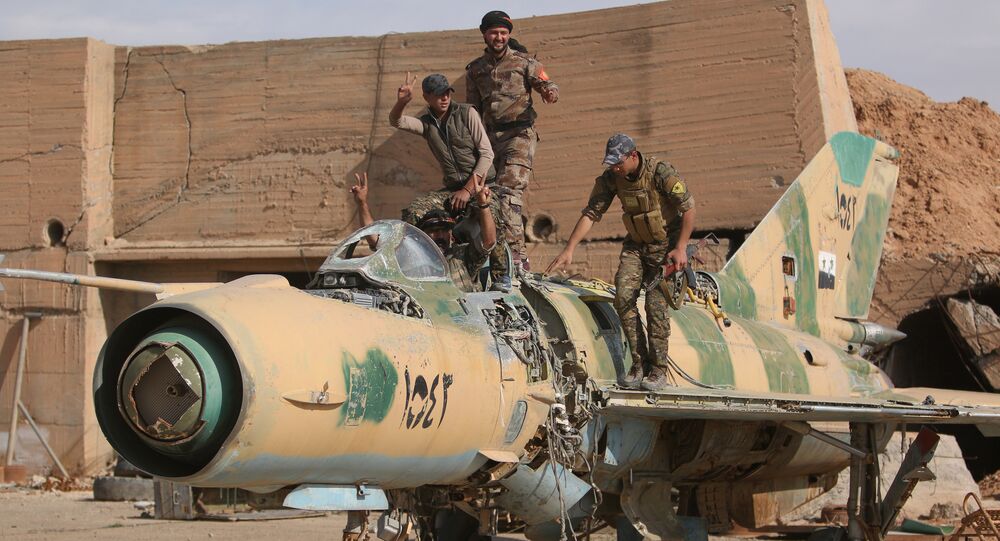 The United States is unlikely to withdraw its troops from Syria once the devastating six-year war in the Arab country is over, former senior security policy analyst to the US Secretary of Defense Michael Maloof told Radio Sputnik.

"President [Bashar al-Assad] wants all of Syria back, but I think the reality is that you are never going to see the same Syria that you did prior to the civil war. The United States is going to want to occupy certain portions. Syria will not be the autonomous state that it once was. I think what is evolving is the partitioning. The Kurds are going to want something out of this. Russia in the past has proposed, over Assad's objections, an autonomous region in the north, which Turkey will violently oppose. So this struggle is going to go on. The future of Syria as an autonomous state is going to be a very big question for probably years to come," he said.

The analyst further commented on Washington's recent decision to arm the Syrian Kurds, saying that the move would have an impact on US-Turkish relations for quite some time and Ankara's policy in Syria.

"I think we can expect some unpredictability on the part of Turkey as a consequence [of the Pentagon's military assistance to the Syrian Democratic Forces (SDF)]," he said. "I think we are going to see an introduction ultimately of Turkish troops into the northern part of Syria as part of that unpredictable fallout from this decision because Turkey does not want the Kurds to occupy that area and create their own autonomous region."

Maloof also said that Washington had no other choice regardless of Turkey's stance on the issue since the Kurds are essentially the best ground force to fight Daesh.

"Short of putting US combat troops on the ground this is the only viable alternative. The Pentagon had assessed that the forces of the Free Syrian Army that Turkey wants to put there combined with the Arab contingent of the SDF are not sufficient nor do they have the fighting capability that the Kurds have demonstrated," he said.

"I don't think it's going to happen. I think President Trump wants to try and work with the Russians to bring ceasefire to Syria. Trying to arm other elements, many of which belong to the Free Syrian Army, is only going to perpetuate the conflict in Syria since their goal is ultimately to overthrow President Assad. That's not a US policy position," he noted.