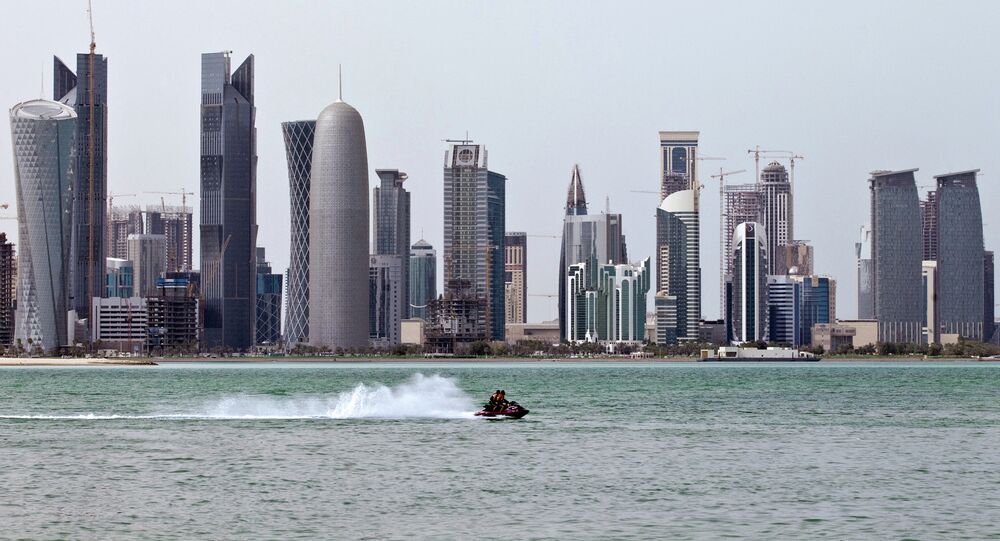 Qatar appears to have decided to improve its relationship with Iran in a bid to gain leverage in its relations with Saudi Arabia, political analyst Ahmet Kasim Han told Sputnik Turkey, commenting on the recent spat between Riyadh and Doha.

© AP Photo / Kamran Jebreili
Alleged Hack Attack Brings Saudi Arabia and Qatar 'on the Verge of Info War'
News articles quoted al-Thani as saying, among other things, that Iran is an "Islamic power" that has played a positive role in stabilizing the region. In addition, the Qatari emir supposedly described relations with Israel as "good" and called Hamas the "legitimate representative of the Palestinian people," while criticizing Saudi Arabia and the United States for their policies in the Middle East.

Qatari officials later said that QNA's website and media accounts were hacked, saying that al-Thani's comments were fabricated, but some have remained unconvinced.

Ahmet Kasim Han, who teaches at Kadir Has University, mentioned three reasons behind the current tensions in the Gulf. These are the fact that Qatar has provided assistance to the Muslim Brotherhood; news items with quotes attributed to al-Thani and the "olive branch that Qatar has extended to Iran in a bid to tackle the pressure exerted by Saudi Arabia."

"This is seen as a maneuver intended to weaken Saudi diplomacy and the anti-Iranian bloc established in the Persian Gulf," he said.

The increasingly strained relations between Saudi Arabia and Qatar would have a limited effect on the Syrian crisis, the analyst added.

© REUTERS / Marius Bosch
Who Stands in the Way of Iran-Qatar Rapprochement
"The conflict in Syria has been driven by its internal dynamic and outside processes. This crisis in the bilateral relationship is neither able to bring peace in Syria closer nor capable of postponing it. It is also unable to drastically alter the balance of power in the country. Groups supported by Qatar and Saudi Arabia are not well-positioned to have an impact on the outcome of the Syrian conflict," political analyst Ahmet Kasim Han said.

Faik Bulut, an expert on the Middle East, maintains that President Bashar al-Assad could benefit from the row between Saudi Arabia and Qatar.

"Syria would be affected [by the spat] since increasingly warm relations between Qatar and Iran would lead to a rapprochement with Syria. In such a case, Qatar would withdraw those groups and organizations which it has sponsored in Syria. Since Jordan has largely shared Qatar's stance, it could also adopt a more passive approach toward Syria," Faik Bulut, an expert on the Middle East, told Sputnik Turkey.

The analyst did not rule out that Saudi Arabia could take measures targeted against Qatar, including a false flag attack. Riyadh could also ask Washington to exert pressure on Doha, he added, saying that this is an "extremely complicated situation."